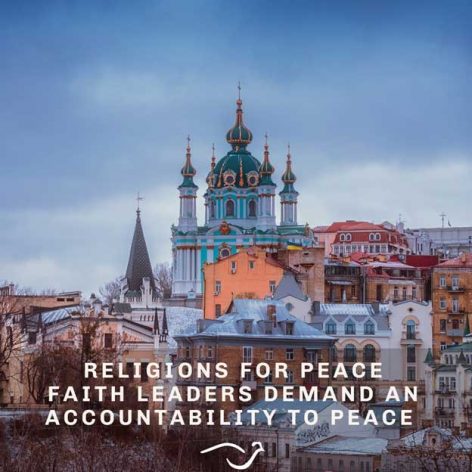 NEW YORK, Feb 21 2022 (IPS) - A “Joint Statement of the Russian Federation and the People’s Republic of China, issued on February 4, 2022 on International Relations Entering a New Era and the Global Sustainable Development”, contains laudable and strong language about commitment to democracy and human rights:

“The sides [the Russian Federation and the People’s Republic of China] call on all States to pursue well-being for all and, with these ends, to build dialogue and mutual trust, strengthen mutual understanding, champion such universal human values as peace, development, equality, justice, democracy and freedom, respect the rights of peoples to independently determine the development paths of their countries and the sovereignty and the security and development interests of States, to protect the United Nations-driven international architecture and the international law-based world order, seek genuine multipolarity with the United Nations and its Security Council playing a central and coordinating role, promote more democratic international relations, and ensure peace, stability and sustainable development across the world… The sides share the understanding that democracy is a universal human value, rather than a privilege of a limited number of States, and that its promotion and protection is a common responsibility of the entire world community.”

The fact that these are the words from one country that is amassing thousands of troops on the borders of a sovereign nation (threatening to enter it and ‘protect’ its people at any moment as of the writing of this), together with another country which is denying the existence of camps housing over a million people of one particular religion and ethnicity, within its borders, is interesting – eerily so.

And yet it was not so long ago, that ‘noblesse oblige’, ‘la mission civilisatrice’ and ‘white man’s burden’ were being articulated as pretexts for territorial takeover and the oppression and subordination of people, land, and dignity.

The colonial missions (mandates, protectorates, etc.) created a fundamental imbalance in the power of man over (others’) resources, and the power of some (men) over others, and a continuing legacy of interference in others’ affairs ostensibly to help (hence presumably the reference to sovereignty in the above statement), and usually – and here is part of the vexing reality – at the behest of nationals who ask for the ‘assistance’.

And it is still the case, that the very ideologies of supremacy of one people over another, including of one race and/or one sex or one religion over another, the refusal to be held accountable to centuries of discrimination now part of the DNA of almost all institutions; the insistence on subjugation of nature to man; and the perpetuation of misogyny – all continue to define our present broken world.

But today we have an awareness among esteemed politicians, academics, and several governmental, intergovernmental and non-governmental institutions, that religion matters. Indeed, that in various forms of ‘engagement’ with (usually specific and selective) religious institutions, religious NGOs, and/or religious leaders, good things come about.

Salvation may be imminent. “Faith for [insert the wording here]” or “religion and [insert appropriate term here] is the new formula for overcoming most difficulties, from vaccine hesitancy to gender discrimination, from electoral gerrymandering to racism, and everything in between.

And why not? After all, religious institutions (churches, mosques, temples, etc.) actually are the original development and humanitarian actors, and are still critical service providers in countries where governments are increasingly struggling to serve basic needs of many of their populations.

The very first schools and hospitals known to societies all around the world originated in and through religious bodies. Today, Catholic Churches alone manage significant public health infrastructures from North America to Sub-Saharan Africa. Caritas Internationalis for instance, is one of the largest (Catholic) humanitarian and development NGOs in the world.

If we begin to look at other religiously inspired NGOs, we will find a significant number of them delivering much needed refuge and support to the largest refugee and displaced populations ever recorded in human history, as well as health, education, sanitation, nutrition and humanitarian relief services, to hundreds of millions, in all corners of the world.

Furthermore, ‘Islamic finance’ is a source of funding for major United Nations entities’ development and relief efforts (e.g. UNHCR, UNDP, UNICEF) around the world – and more of that is being sought after, with various Muslim entities rushing to provide fatwas (religious edicts) and justifications for why this is good Islamic practice.

Increasing ‘faith investments’ in and for sustainable development are being strongly advocated for by some, with new initiatives emerging in that advocacy space to ‘help and encourage… ethical religious investments’. Private sector interest is focusing on how ‘faith-based actors’ are facilitators of emerging markets – and possibly multipliers of profits, for some pharmaceuticals, among other companies.

Just as in the 1990s, we started to learn how investing in women’s rights makes economic sense. Today, we are hearing how investing in faith actors makes that kind of sense too. In fact, some humanitarian and development religious NGOs (mostly with a Christian background, many Evangelical) are being actively mobilised to run initiatives to champion freedom of religion and belief, and/or to facilitate strategic ‘advocacy’ for major faith-based NGOs – ostensibly as part of their learning and wisdom acquired defending other human rights (albeit sometimes with an underdeveloped track record).

Yet, while they touched on almost every single aspect in their strong statement, neither the Russian Federation nor China reference ‘faith’, or ‘religion’ in their Joint Statement. Indeed, not once is ‘civil society’ mentioned. For these powerful states, as with others like them, religions, and any aspect of civic engagement, are either non-existent, or totally subservient to their own will, as to be unworthy of singling out.

Instead, an appropriation of the language of human rights, of democracy, of “cultural diversity”, “balance, harmony and inclusiveness” and even “moral principles” is de rigeur. But you see, this is the other side of using religion. You can overemphasize its value, or you can eclipse it.

Religious institutions, faith leaders and faith-based NGOs, have a responsibility to protect civil society. Instead of seeking to earn a celebrity status with some governments or political parties, or trying to leverage their own influence as Catholic/Protestant/Orthodox/Evangelical/Jewish/Muslim/Hindu/Buddhist/etc., all faith actors need to learn to come together as a collective power that is part of their secular civil brethren.

In doing so, their combined moral, economic, financial, political, cultural, and social weight, will dwarf the most authoritarian of structures. At the very least, in coming together to serve all, religious communities can hold all decision makers accountable to a collective justice – of gender, of environment, of voice, of representation, and ultimately, of dignity.

Civil societies are the barometers of collective planetary wellbeing. As we dismember and silence civil societies, by using/focusing on (some) religions at a time, and serving piecemeal selective interests, we ensure that the arc of history remains mired in the abuse of indivisible and interdependent human rights, which are central to vibrant and healthy democracies.

To the tyranny of states and religious institutions alike, I would say: stop using your power to gain political and financial expediency. Instead, work with all religions on a level playing field, with the rest of civil society, to hold one another accountable, and thereby, to ensure peace and security for all times.