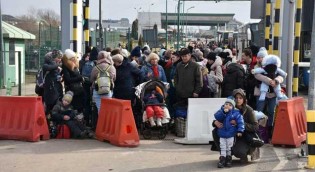 By Azza Karam
A “Joint Statement of the Russian Federation and the People’s Republic of China, issued on February 4, 2022 on International Relations Entering a New Era and the Global Sustainable Development”, contains laudable and strong language about commitment to democracy and human rights:

By Azza Karam
-- I have never been interested in religion or spirituality before, but I found myself tuning in to all sorts of on-line religion and spirituality related forums “in search of something.”

By Azza Karam
I was able to take office as the secretary general to the largest global interfaith organization – Religions for Peace - with interreligious councils (IRCs) composed of senior-most religious leaders representing their religious institutions, in 90 countries, and 6 regional IRCs, a week before we had to ask all employees to work from home, in compliance with New York State law.

By Azza Karam
Since 2008, a number of articles/opinions have been written, on the nexus between religion and development. In chronological order, the articles first made the case for why ‘religion matters’ to the attainment of developmental objectives, noting how religious leaders are critical to changing social norms which can be in contradiction to human rights, and noting the extent to which faith-based organisations (FBOs) have anyway served as the original social service providers known to human kind.

By Azza Karam
In 1994, Dr. David R. Hawkins wrote a book positing the difference between power and force (Power vs. Force: The Hidden Determinants of Human Behavior - the latest revised version came out in 2014).

By Azza Karam
The simultaneity presented by the outbreak of the deadly Ebola virus on one hand and militant barbarism ostensibly in the name of Islam on the other present the international development community - particularly the United Nations and international NGOs – with challenges, as well as opportunities.
ADVERTISEMENT ADVERTISEMENT