Dr. Azza Karam is a Senior Advisor at the UN Population Fund (UNFPA), Coordinator of UN Interagency Task Force on Religion, and Professor on Religion and Development at the Vrije Universiteit, Amsterdam. 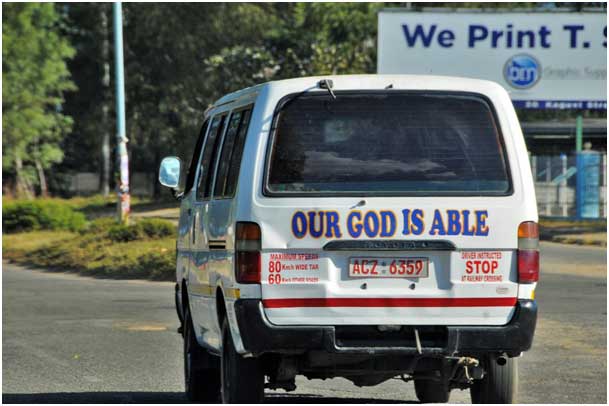 UNITED NATIONS, Apr 12 2019 (IPS) - Since 2008, a number of articles/opinions have been written, on the nexus between religion and development.

In chronological order, the articles first made the case for why ‘religion matters’ to the attainment of developmental objectives, noting how religious leaders are critical to changing social norms which can be in contradiction to human rights, and noting the extent to which faith-based organisations (FBOs) have anyway served as the original social service providers known to human kind.

Around 2014, the articles continued in the same vein, i.e. making the case that partnering with religious actors was an increasingly recognized necessity within the UN itself, but also for other governments and non-governmental development partners.

Except this time, the argument incorporated some of the political facets of religion. At the height of the ISIS/so-called Islamic State terrorism, the articles argued for recognition of the value of religious engagement, whether it was intervening in combatting Ebola or seeking to counter violent extremism.

In 2015 and 2016, the call was to acknowledge that increasing partnerships with religious NGOs, for health, education, nutrition and other aspects of development, was “the new normal” for development practitioners. 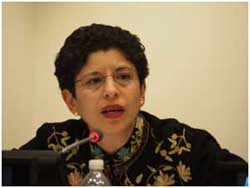 Moreover, the argument was that such partnerships were in and of themselves, a means of countering the narratives of violence and extremism in communities.

In 2017, however, another note crept into the analysis on the intersections between religion, development and foreign policy: a note of warning.

The caution noted the increasing preference, undertaken by certain governments, in promoting more direct partnerships with religious NGOs in other countries, rather than supporting multilaterals to scale up successful partnership initiatives for the SDGs/Agenda 2030.

The article noted that the interest on the part of some governments to circumvent multilateral partnerships and aim for direct support to specific religious NGOs abroad, carried a “…danger … that such efforts will be misconstrued as the new colonial enterprise in international development, playing into rising religious tensions globally.

History is replete with examples where mobilizing religious actors in other countries, no matter how well-intentioned, can create some rather unholy alliances”.

In fact, this was the beginning of a now ongoing concern wherein ‘religion’ and ‘religious engagement’, somehow delinked from people’s faith and/or beliefs, are increasingly perceived as an element in the toolbox of development and foreign policy praxis – i.e. a transactional commodity.

This can take many forms. Including an increasing convening of FBOs as ‘non traditional partners’ to be hosted and feted around policy tables, building new NGOs and INGOs around ‘religion’ and ‘religious engagement’, formulating business propositions around these themes, and now, increasingly, seeking to tap into the financial resource bases of some of these faith-based entities (largely Islamic ones).

A few of the most skeptical voices are now noting (mostly in private conversations) that ‘add religion and stir’ could be argued to be ‘the new flavor’ in the market of international development.

But being in the ‘toolbox of practices and approaches’, per se, is not unhelpful. On the contrary, development – writ large to include peace, security and human rights – is a series of learned processes.

By now it is even a cliché to say that there is no one-size fits all development intervention. By extension therefore, different ‘tools’ are needed to assess what or which intervention works, and what may not, in diverse contexts.

And there is a significant body of evidence built, which proves that FBOs are key actors in development, and that investing in partnerships with FBOs is cost-effective and socially transformative (see the Joint Learning Initiative on Faith and Local Communities – https://jliflc.com/

But when ‘religious engagement’ can be part of a transactional approach, are there guarantees that the link to people’s faith, and belief systems, will not be forgotten, overlooked, or worse still, appear to be abused?

The fact is, FBOs symbolize, and in some cases, epitomize and uphold, what many people actually believe in. That is also why many FBOs can draw upon the regular contributions of believers (e.g. donations and collections in churches and zakat contributions).

Many FBOs are pleased with the secular policy makers’ increased attentions, and eager for more as they see this as a vindication of their particular wisdom and unique value-added.

But some are beginning to voice an increasing skepticism, “[W]e feel as though we are treated, at best, as a rubber stamp… instrumentalised to serve already agreed upon agendas…” is not an uncommon refrain.

The increase in the number of meetings (mostly of the same groups of FBOs) is not necessarily accompanied by equivalent financial and/or political support to actual multi-faith collaboration or advocacy.

Nor are these multiple convenings, leading to innovative governmental or intergovernmental support for broader, integrated civil society engagement for human rights, in an era of shrinking civic space globally.

Some of the smaller FBOs are slowly beginning to question the time they are devoting to answer the increasing meetings hosted by some governments and organisations.

Their presence at these increasing number of meetings, the FBOs argue, is likely contributing to enhance the appearance of the conveners’ image as ‘sensitive to religious sensibilities’; as being ‘concerned for freedom of religion or belief, or for religious minorities (often not in their own back yard but in other countries), and/or appearing to be savvy enough to address the ‘missing link’ in development and peacemaking interventions.

Yet other international FBOs, by now well-versed in engaging with certain policymakers, are taking the opportunity to stipulate thinly veiled conditionalities for their engagement. Peacemaking, environmental stewardship, protection of children and minorities, are all ‘good’.

The price for engagement on one set of issues with these partners, therefore, may well be the forgoing – or silencing – of the human rights – and dignity – of others.

Other faith-based partners are viewing the governmental and intergovernmental interest in their methodologies, and now, increasingly, in their resourcing modalities (e.g. in Islamic financing) with more suspicion.

Certainly such questions can be dismissed as misunderstandings or lack of awareness, or shrugged off by those whose convictions are so strong that the right thing is being done. But would it be wise, perhaps, to pause and reflect on the root causes which may be inspiring such questions in the first place?

Are we honoring multi-religious civic collaboration for sustainable development, or are we possibly risking making religious engagement a transactional enterprise – and thereby forgoing some of the most difficult human rights?