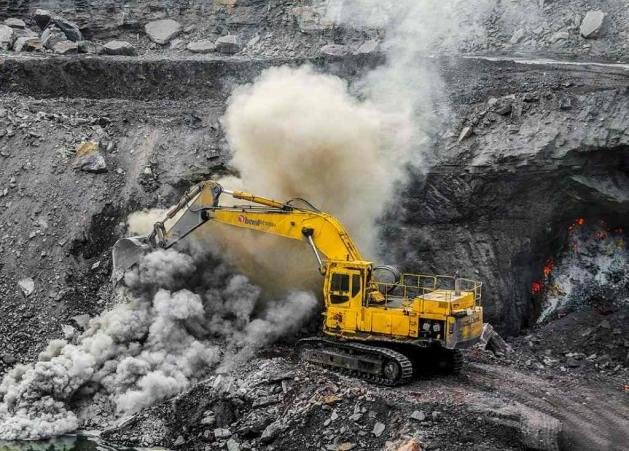 The rise in coal prices can partly be attributed to the rising electricity demand, especially in Asian coal-producing countries. Credit: Wikimedia Commons

MUMBAI, India, Feb 18 2022 (IPS) - Coal—considered to be one of the most polluting fossil fuels and, therefore, one of the biggest contributors to climate change—took centre stage at COP 26. A last-minute intervention by India during the negotiations resulted in a crucial amendment to the coal pledge in the Glasgow Climate Pact.

While earlier drafts of the pact mentioned completely quitting coal power, India’s push for a change in the final text resulted in a watered-down commitment to ‘phase down’ instead of ‘phase out’ coal—this means that India pledged to cut down its total projected carbon emission by 1 billion tonnes by 2030, and achieve net-zero carbon emissions by 2070.

At COP 26, India pledged to achieve net-zero carbon emissions by 2070. However, its coal expansion plans and lack of investment in renewable energy sources tell a different story. What will it take for India to quit coal?

While this controversial decision has sparked acerbic debate worldwide, in India, it comes on the heels of the country’s recent coal shortage. Despite Union Finance Minister Nirmala Sitharaman’s dismissal, recent data by the Central Electricity Authority shows that coal stockpiles have dwindled to their lowest in years and coal-fired power stations have either reported outages or had stock worth only a few days on average.

The reasons cited for the coal crunch include:

1. Increased energy demand during COVID-19
During the pandemic, India’s power demands shifted considerably. While demand dropped during the first lockdown, by September 2020, India’s electricity demand was 3.4 percent higher than in September 2019. This happened primarily because of a rise in demand for electricity from the industrial, agricultural, and commercial sectors.

3. Global fluctuations in the price of coal
According to reports, coal prices quadrupled during the lockdown. The rise in prices can partly be attributed to the rising electricity demand, especially in Asian coal-producing countries.

This acute power shortage invited unwitting comparisons to countries from the Global North, most of which are currently working towards increasing their use of renewable energy. India’s total annual coal demand in 2021 stood at 1.05 billion tonnes. In fact, the India Energy Outlook 2021 suggests that, in the next two decades, India is set to see the largest increase in energy demand by any country.

In addition, the Climate Action Tracker (CAT) has rated India’s non-fossil fuel electricity capacity target (40 percent) as ‘critically insufficient’ and its emissions intensity (volume of emissions per unit of GDP) target of 33 percent–35 percent by 2030 as ‘highly insufficient’.

Why is weaning off coal so difficult for India?

1. India has a coal-dependent economy
Bhupendra Yadav—India’s minister for environment, forest, and climate change—rationalised the country’s climate strategy by stating, “Every country will arrive at net-zero emissions as per its own national circumstances, its own strengths and weaknesses.

Yadav’s sentiments reverberate across coal-dependent communities in India. According to Sandeep Pai of the Center for Strategic and International Studies in Washington, roughly 3,00,000 people are working directly with government-owned coal mines (earning fixed salaries and benefits), another 5,00,000 are reliant on coal for their pensions, and close to 4 million have livelihoods that are directly or indirectly linked to coal.

Evidently, in India’s coal belt, where families have depended on coal extraction for generations, quitting dependency on coal is not an option. This is primarily because these families do not own land where they can farm and, even if they do, research shows that mining operations usually generate acidic and chemically noxious environments that directly impact the quality of agricultural land and groundwater available in surrounding areas.

Consider the coalfields in Maharashtra’s Vidarbha region where land is barren and unproductive—covered in rubble, soot, dust, sand, waste, and debris; the Jharia coalfield in Jharkhand where accidental fires have been blazing for years, leaving the ground charred and land, is dotted with fatal sinkholes; or Chhattisgarh’s Hasdeo forest where coal mining has not only caused profound ecological damage but also displaced local elephant populations.

2. India’s energy is still largely coal-based
As millions of homes in the country still lack an electricity connection, Samantha Gross, director of the Energy Security and Climate Initiative at the Brookings Institution, points to the fact that India’s “energy policy currently focuses on bringing affordable electricity to all homes”.

Consequently, India’s increased investment in coal evacuation, infrastructure, project development, exploration and clean coal technologies is estimated to require 1 billion tonnes worth of coal production by 2023–24. Moreover, the CAT’s projections show that India’s coal capacity is expected to reach almost 266 GW, from the current 200 GW, by 2029–30.

Another key dimension in the discourse surrounding India’s climate policy is the role of energy in improving social development. Union Minister Yadav briefly mentioned it, and research has shown that modern energy services such as electricity and clean cooking fuels are critical in improving health and education outcomes, reducing poverty, and increasing productivity.

This means reliable and continuous access to electricity is crucial in building a better future for India’s marginalised. And since it is cheaper to produce electricity using coal than deploying renewable sources, the immediate trade-off in switching from coal to renewable sources is that we risk putting the country’s health and education outcomes in a precarious position.

Lastly, while India provides subsidies to both conventional and renewable energies, according to the CAT, coal subsidies are still approximately 35 percent higher than those for renewables such as solar energy and hydropower. It is no surprise then that climate professionals find India’s coal expansion plans counter-intuitive to its international climate commitments.

What is the way forward?

In its coal-rich central and eastern states, India has primarily implemented and expanded state-run mining projects by expropriating Adivasi lands. To compensate for the dispossession of land, local Adivasis are guaranteed jobs as assistants or labourers but the state’s compensation policies are famously ill-implemented. According to various reports, women and Adivasi workers have disproportionately suffered the impact of coal-induced displacement.

Repeated displacement and migration also lead to the breakdown of social support networks, cements inequalities and insecurities, and often leads to diminishing intra-community solidarity. As such, in more ways than one, India’s coal industry has always depended on Adivasi lands and labour and, without appropriate compensation or diversification, coal-dependent Adivasi communities are likely to face uncertainty once again in light of India’s energy transition.

While it is difficult to postulate a one-size-fits-all model for the entire country and the coal belt, here are some suggestions for how we can envision a post-coal India that is also sustainable and inclusive:

1. Develop a rehabilitation strategy on closure of coal mines
Since 2008, approximately 123 mines have been closed in India. However, there are still no proper guidelines to address the decommissioning of coal power plants. In 2020, the Supreme Court made it mandatory for mining companies to regrass mining areas on completion of mining projects.

At present, India is developing a framework for dealing with the closures of coal mines and undertaking pilot projects for the socio-economic transformation of the country’s coal mining areas with monetary assistance from the World Bank.

2. Diversify coal-dependent economies
One of the most important steps in building a robust post-coal economy is to invest in strengthening and re-training coal-dependent communities. There are currently no specific schemes that address or assist them in India.

However, American federal programmes such as Solar Training and Education for Professionals (STEP) and the Partnerships for Opportunity and Workforce and Economic Revitalization Dislocated Worker Grant set significant precedent for India to formulate its own. Attention also needs to be given to training displaced workers for employment in the renewable energy sector.

3. Promote entrepreneurship in rural coal-dependent regions
The Energy and Resources Institute of India (TERI) recommends the promotion of rural enterprise and microcredit financing, among other measures, to navigate post-coal revitalisation. Studies show that promoting entrepreneurship by microfinancing and adequate funds in rural areas is critical because it helps create networks, encourage community leadership, and build a diverse economy with a variety of employment options.

There are several nationalised banks throughout the world that specifically focus on financing green technologies in their respective countries. In 2016, the Indian Renewable Energy Development Agency (IREDA) became the first such government-backed agency.

However, it is still unclear how effective it has been in promoting clean energy in India. Overall, there is an urgent need to develop a standardised framework of green finance investments and their monitoring and evaluation in the country.

Sara Bardhan is a multidisciplinary feminist researcher working at the intersection of gender, health, and governance in developing urban spaces. She has previously worked with the Social and Political Research Foundation and Transform Rural India Foundation among others. Her writings have appeared in publications such as The Wire, The Fuller Project, Citizen Matters, and Feminism in India. Find out more about her.