The “Kidneys of the Earth” Are Disappearing 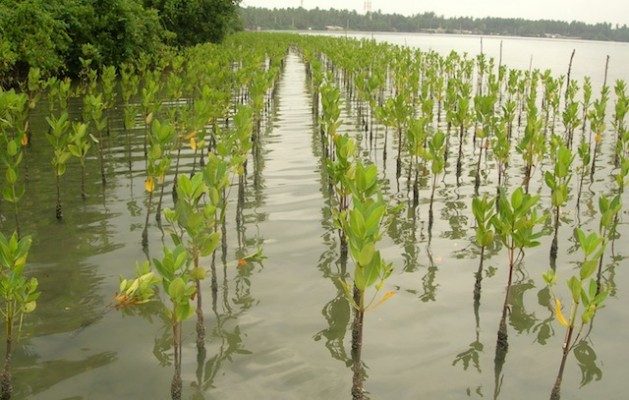 MADRID, Feb 2 2022 (IPS) - This is about Wetlands, which are considered as a natural solution to the global threat of climate change. They absorb carbon dioxide, help slow global heating and reduce pollution, hence they are often referred to as the “Kidneys of the Earth”.

Specifically, peatlands alone store twice as much carbon as all the world’s forests combined. However, when drained and destroyed, wetlands emit vast amounts of carbon, adds the UN on the occasion of the World Wetlands Day, marked 2 February.

“Wetlands also provide a buffer against the impacts of floods, droughts, hurricanes and tsunamis, and build resilience to climate change.”

And though they cover only around 6% of the Earth’s land surface, 40% of all plant and animal species live or breed in wetlands.

The World Day also reports that:

But… what are wetlands?

Wetlands are ecosystems where water is the primary factor controlling the environment and the associated plant and animal life, explains the UN.

A broad definition includes both freshwater and marine and coastal ecosystems such as all lakes and rivers, underground aquifers, swamps and marshes, wet grasslands, peatlands, oases, estuaries, deltas and tidal flats, mangroves and other coastal areas, coral reefs, and all human-made sites such as fishponds, rice paddies, reservoirs and saltpans. 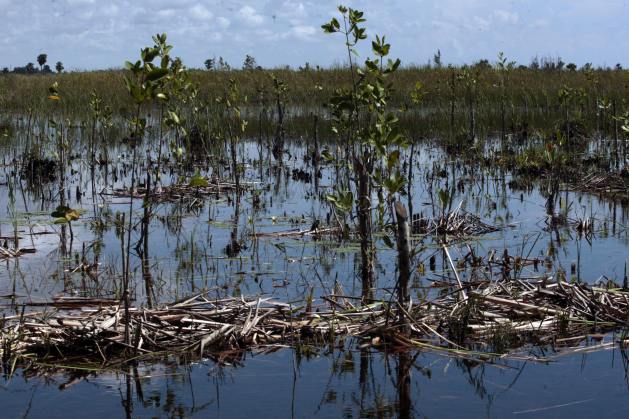 In the Ciénaga de Zapata, Cuba, the biggest wetlands in the Caribbean. Credit: Jorge Luis Baños/IPS

Critical to people and nature

The World Day also explains that these lands are critical to people and nature, given the intrinsic value of these ecosystems, and their benefits and services, including their environmental, climate, ecological, social, economic, scientific, educational, cultural, recreational and aesthetic contributions to sustainable development and human wellbeing.

“Wetland biodiversity matters for our health, our food supply, for tourism and for jobs. Wetlands are vital for humans, for other ecosystems and for our climate, providing essential ecosystem services such as water regulation, including flood control and water purification.”

A billion people depend on wetlands

“They are vital habitats for wildlife, as well as important tools for mitigating the effects of climate change. They help to manage extreme weather events like floods and storms, and can store 10-20 times more carbon than temperate or boreal forests on land.”

“Add to all that, more than a billion people across the world depend on them for their livelihoods – that’s about one in eight people on Earth.”

Why are they in danger?

Wetlands are among the ecosystems with the highest rates of decline, loss and degradation, explains the World Day.

Indicators of current negative trends in global biodiversity and ecosystem functions are projected to continue in response to direct and indirect drivers such as rapid human population growth, unsustainable production and consumption and associated technological development, as well as the adverse impacts of climate change.

The most threatened ecosystem

But not only are they disappearing three times faster than forests–they are the “Earth’s most threatened ecosystem.” In just 50 years — since 1970 — 35% of the world’s wetlands have been lost.

“Human activities that lead to loss of wetlands include drainage and infilling for agriculture and construction, pollution, overfishing and overexploitation of resources, invasive species and climate change.”

In the specific case of the Mediterranean, for example, the region has lost 50% of its natural wetlands since 1970 – and we continue to destroy them, warns the Union for the Mediterranean (UfM).

This vicious circle of wetland loss, threatened livelihoods, and deepening poverty is the result of mistakenly seeing wetlands as wastelands rather than life-giving sources of jobs, incomes, and essential ecosystem services, the World Day concludes.