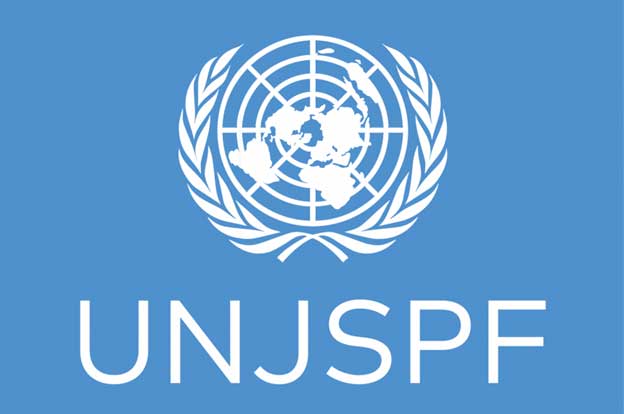 UNITED NATIONS, Mar 18 2022 (IPS) - The United Nations Joint Staff Pension Fund (UNJSPF), which is expected to provide retirement, death, disability and related benefits for staff, upon cessation of their services– has a staggering portfolio amounting to over $81.5 billion ranking far, far ahead of the UN’s annual budget of $3.1 billion and its average peacekeeping budget of over $6.4 billion.

The thousands of UN retirees and their beneficiaries, numbering over 71,000 at last count, who depend on their pensions for economic survival, are relentlessly protective of the Fund—while protesting all attempts at risky investments.

The Coordinating Committee for International Staff Unions and Associations of the UN system (CCISUA), which represents over 60,000 staffers worldwide, is protesting a new proposed plan to “outsource a large part of the pension fund’s investments to Wall Street”.

In a letter to Pedro Guazo, Representative of the Secretary-General for the investment of UNJSPF assets, Prisca Chaoui, the CCISUA President warned last week that the proposed outsourcing “ultimately calls into question the nature of our pension fund.”

“Is it one that continues to be managed prudently by experts employed by the fund, who by being UN staff have a stake in its long-term health, a system that employs the fund’s economies of scale to keep down costs and that has by the fund’s own telling outperformed the private sector up to now?” she asked.

“Or is it one that is outsourced to Wall Street to be the victim of a short-term get-rich-quick bonus culture with little regard to the welfare of beneficiaries around the world?”

“Based on the information that has been shared with us”, says Chaoui, “we fail to understand the reasons behind the move to external management, given the unnecessary and costly duplication of internal capacity.”

“We also believe that your intention to “stop the bleeding” has been addressed by the management changes you have implemented in response to issues highlighted by the UN’s Office of Internal Oversight Services (OIOS), and through a new Strategic Asset Allocation that significantly reduces our exposure to risky assets”.

Given that the pension fund has access to the same financial instruments as Wall Street, and employs equally experienced investment officers, she argues, there should be no reason for a lower performance.

“Indeed, the pension fund’s other portfolios have worked fine under internal management.”

“We stand today at a fork in the road that will decide the future of our fund. We ask that you reverse the outsourcing strategy and keep the management of our assets safely in-house,” she declared.

Meanwhile, a petition currently in circulation among retirees and UN staffers, says Secretary-General Antonio Guterres claims this is a temporary measure that will increase performance.

“However, the plans authorize an increase in outsourcing over a period of three years. And over the long term, our conservative, internally-managed UN pension fund has performed better than many externally-managed final salary funds that have since been forced to close. Indeed, our fund is in actuarial balance,” says the petition seeking signatures.

“Under the proposal, up to 75 percent of the fund’s fixed-income portfolio will be externally managed.”

The Secretary-General is proceeding with the outsourcing despite strong concerns expressed at the February meeting of the pension board, despite a letter of protest from CCISUA (https://www.staffcoordinatingcouncil.org/wp-content/uploads/2022/03/PF-protest-letter.pdf) and despite the UN’s own Board of Auditors noting that the fund is not able to effectively evaluate its external managers.

In 2007, one year before the global financial crisis and the collapse of many financial institutions, former Secretary-General Kofi Annan considered outsourcing to Wall Street. But he wisely changed course following staff protests and kept our fund safe, says the petition.

“By handing our pension fund to Wall Street in these financially turbulent times, it risks becoming the victim of a short-term, greed-is-good bonus culture that has little regard for the welfare of our staff and retirees around the world and little regard for the ethical values of the UN”, says the petition titled “Secretary-General Antonio Guterres: Don’t hand our UN pension fund to Wall Street.”

“By signing this petition, you call on the Secretary-General, to once again stop the outsourcing of our pension fund and keep its management in-house. Please share this with your colleagues across the UN and specialized agencies”.

Responding to the ongoing protests, Pedro Guazo, Representative of the Secretary-General for the investment of UNJSPF assets, said on 16 March the Fund is aware of additional concerns expressed on the temporary outsourcing of part of the fixed income portfolio.

“As presented at the last Pension Board meeting on 24-25 February 2022 (see here) and in my message of 12 March 2022, the investments of the UN Pension Fund are doing very well overall, given the current economic and geopolitical context.”

However, argued Guazo, the Fund can do better in the fixed income portfolio. For many years that portfolio has underperformed against its benchmark, as outlined on the Fund’s website here.

He pointed out that the Fixed Income Team of the Fund’s Office of Investment Management put a proposal to manage part of the portfolio internally (35%) and, temporarily, using an external advisor under the supervision and control by the same internal team (65%).

This 65% of the fixed income portfolio represents around 18% of the total portfolio managed by the Office of Investment Management.

“This proposal has been reviewed by the internal committee, by the Pension Board and the Fund’s Investments Committee, concurring this is a good temporary solution to raise the performance of the fixed income portfolio. The use of temporary external advisors is a best practice in the pension fund industry to address underperforming asset classes,” he noted.

The immediate benefit for the UN Pension Fund, he said, will be additional USD 60 million a year in profits and this solution is only temporary. When the team is ready in some months the Office of Investment Management will again manage the portfolio internally.

“I hope this clarifies the objective and the benefits of this operation, that will, again, be applied only for a limited time,” he added.

Meanwhile, Ian Richards, former President of the CCISUA, told IPS following the launch of the union petition, “I’ve been inundated with messages from staff.

They are looking at what’s happening on the markets right now and just don’t think it’s the time for Wall Street to be taking things over.

They’re asking why now when the pension fund leadership has for years, and as recently as last autumn at the General Assembly, vaunted the advantages of safe, conservative in-house management. A lot of questions, including ones I have raised on this, remain unanswered. ”