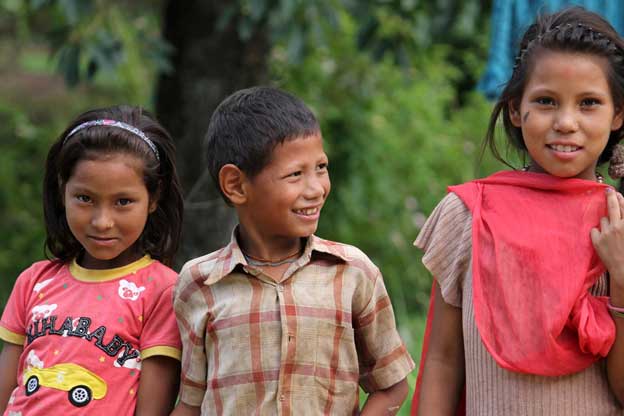 KATHMANDU, Nepal, Mar 29 2022 (IPS) - The 10th edition of the World Happiness Report was recently published and once again the findings raised an array of mixed emotions with many questioning the real foundations underpinning the most discussed aspect of the Report, the World Happiness Ranking,

For example, according to the ranking, Nepal appears to be the happiest place in the South Asia but is it really the case? Many experts from the country doubt about it as it was reported by The Kathmandu Post on the 22nd of March.

In the article, Dambar Chemjong, head of the Central Department of Anthropology at Tribhuvan University simply asks “What actually constitutes happiness?”

This is a complex question to answer but certainly it is fair to wonder how come each time this report gets published, it is inevitable that the richest nations, especially the Nordic ones come up on the top while the poorest and more fragile ones instead are hopelessly at the bottom.

There is no doubt that material prosperity determines a person’s quality of life and the World Happiness Report looks at GDP and life expectancy. In addition, the report also explores other factors like generosity, social support, freedom, and corruption.

These six variables, put together, are central to depict what the report calls “life evaluations” that “provide the most informative measure for international comparisons because they capture quality of life in a more complete and stable way than emotional reports based on daily experiences”.

The ranking is based on the Gallup World Poll, that asks “respondents to evaluate their current life as a whole using the mental image of a ladder, with the best possible life for them as a 10 and worst possible as a 0”.

One of the key findings is that social connections in dire times, especially if we think about what the entire world had to endure following the pandemic, do make the difference.

“Now, at a time of pandemic and war, we need such an effort more than ever. And the lesson of the World Happiness Report over the years is that social support, generosity to one another, and honesty in government are crucial for well-being” says Jeffrey Sachs, one of the major “architects” behind the entire concept of measuring happiness worldwide.

This statement further validates the need to further think more broadly about the importance these social relationships and social bonds have in developing nations.

That’s why analyzing happiness across nations should be considered as a working progress and the goal should be to better picture the complex situations on the ground in many parts of the developing world.

These are all nations that have been experiencing hardships consistently, even before the Covid pandemic outbreak and, therefore, they should be acknowledged for having developed unique forms of social bonds and solidarity.

Instead, these social factors, these connectors and the levels of reliance stemming from them in these “unhappy” nations”, are overshadowed by some of the variables determining the life evaluations.

People in developing nations have less access to public services and they are more exposed to corruption and bad governance. Lack of health infrastructures or unequal job market do have a strong incidence in determining a person’s human development and quality of life.

Yet does the fact that their lives are tougher automatically means people are there are unhappy?

Moreover, should not we consider the stress and mental health often affecting the “prosperous” lives of the citizens living in the north of the world?

Probably the problem is the idea of having a ranking itself. Though desirable and useful, measuring real happiness is a daunting and complex job.

Trust, benevolence, real generosity (not just the extrapolated, like in the report, based on donations during the last month) are all key determinants of happiness.

Yet these same factors have always been strong in developing societies where people rely on mutuality and self-help rather than depending on governments unable to fulfill their duties.

As it is now, the World Happiness Ranking risks to become just a “plus” version of the Human Development Index.

There is still a long way to better decipher and understand the meaning of happiness in the so called South of the World.

There is also a great need for the authors to better explain in simpler terms their methodology of calculating the ranking especially the relationships between the six key variables analyzed and positive and negative emotions that are also taken into consideration.

The fact that the ranking and the science behind the report is still a working process, it is recognized in the report itself.

An option would be to re-consider the variables of “life evaluations” that, by default, underscore the concept of wellbeing from a western perspective.

On the positive side, it is encouraging to see how the report includes also a part on “cross-Cultural Perspectives on Balance/Harmony”, central if we want to have a less westernized approach to happiness.

The 2022 edition of the Report devotes also considerable space to the biological basis of happiness, the relationships between genes and environment, what the report calls “Gene-Environment Interplay”.

Such nexus, affecting a person’s feelings and emotions and all the intricacies coming from these interactions, should make us reflect if it is really worthy to continue pursuing the goal of having an annual global ranking on happiness.

The idea of a ranking on happiness risks defeating the purpose of the gigantic and noble effort of better understanding how we can be happier and how public policies can have a role or not in these unfolding dynamics.

Simone Galimberti is Co-Founder of ENGAGE, an NGO partnering with youths living with disabilities. Opinions expressed are personal.