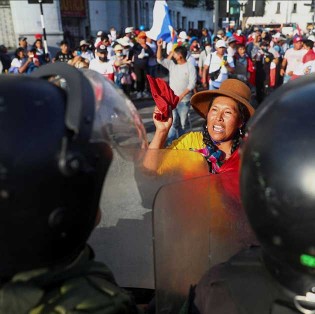 By Anis Chowdhury and Jomo Kwame Sundaram
Inflation phobia among central banks (CBs) is dragging economies into recession and debt crises. Their dogmatic beliefs prevent them from doing right. Instead, they take their cues from Washington: the US Fed, Treasury and Bretton Woods institutions (BWIs).

By Mariela Jara
"When the pandemic hit, I stopped studying, just when it was my last year of school…My parents couldn't afford to pay for internet at home," said Rodrigo Reyes, 18, one of the nearly 250,000 children who dropped out of school in 2020.
Next Page »