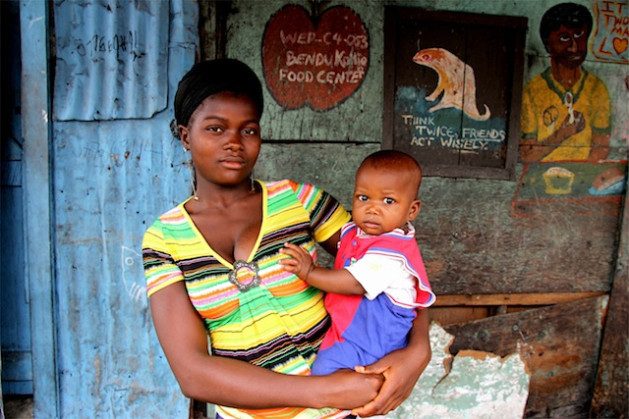 The risk of a woman dying from pregnancy-related complications is one in 5,400 in high-income countries, compared to one in 45 in low-income countries.. Credit: Travis Lupick/IPS

May 11 2022 (IPS) - The past 20 years have seen a significant decline in maternal mortality rates from 342 deaths to 211 per 100,000 globally . But every day, more than 800 women around the world die from complications of pregnancy and childbirth, up to 42 days after delivery. Most of these deaths are preventable.

For every maternal death, another 20 women suffer serious injuries, infections and disabilities related to pregnancy. Professors Salome Maswime and Lawrence Chauke explain the state of maternal health in South Africa and how it can be improved.

How South Africa compares to other countries

The risk of a woman dying from pregnancy-related complications was one in 5,400 in high-income countries, compared to one in 45 in low-income countries. In West and Central Africa the maternal mortality rate is 674 per 100,000. In South Sudan it is 1,150 and 1,140 in Chad

The three leading causes of maternal deaths in South Africa are HIV-related infections, obstetric haemorrhage and hypertensive disorders of pregnancy.

Pre-existing medical conditions also account for a high proportion of pregnancy related complications in South Africa. Most deaths are still deemed as preventable.

A significant number of South African women attend at least four antenatal clinics (76%) and deliver in healthcare facilities (96%) under the care of a skilled birth attendant (97%). Ideally these figures should translate into a much lower maternal mortality rate. This means that there are still gaps and more work still needs to be done.

The biggest challenge is still late booking. Only 47% of women booked during the first trimester in 2016. Between 2017-2019, 72% of the women who died had attended antenatal care. But only half had booked before 20 weeks.

Delays in seeking antenatal care have been associated with a higher likelihood of having adverse pregnancy outcomes.

Even when they have access to higher levels of care women face possible shortage of specialist, medical and nursing personnel in addition to overcrowding.

A report done covering 2017 to 2019 found that 80% of women who died, received substandard care at district hospitals. The figure was 60% for community healthcare centres and regional hospitals. Poor quality of care is therefore a major problem within the country’s healthcare system. The same report identified overcrowding, lack of resources, including shortage of nursing and medical personnel among the key drivers for the poor quality care.

Disrespectful maternal care is an issue too. The abuse in South African maternity services was described as “one of the world’s greatest disgraces” in 2015. It included verbal and physical abuse, non-consensual care, non-confidential care, neglect and abandonment. In some facilities women said they expect to be shouted at, beaten and neglected.

Maternal mortality is an indicator of access to care and quality of care. It is also indirectly linked to socioeconomic factors. Women who have access to education, proper housing and job opportunities are more likely to have good health outcomes compared to those who are not.

Socio-demographic variables such as “race” have also been linked to how women are treated.

What can be done to improve outcomes?

Health education and promotion at community level would encourage women to attend antenatal clinics and give birth in a health facility in the care of a skilled attendant.

Maternal care should be respectful and dignified.

Efficient transport and emergency medical services are needed so that women receive timely and appropriate care.

Stronger health systems would improve access to high quality obstetric care. Women survive complications of pregnancy and childbirth in functional health systems, with efficient referral systems. There is an urgent need for a responsive healthcare system that takes into consideration population and disease trends.

There is also an urgent need to address the imbalance between demand and supply of healthcare services; improve the social and economic status of women in society as well as the quality of maternal and reproductive healthcare services, to win the battle against maternal deaths.