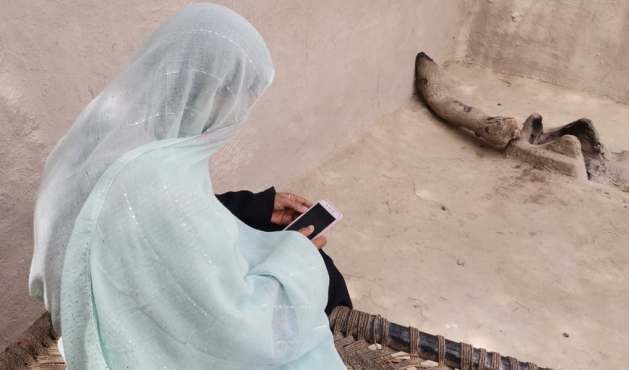 RAHIM YAR KHAN, Punjab, Pakistan, Jun 28 2022 (IPS) - Farmer Abdul Waheed, 32, has been using his cell phone for everything but work for the past seven years. But after a recent training session he has installed six farming apps and says the move has paid off.

“I mostly use one mobile application to sell and purchase cattle, which has enhanced my earnings,” says Waheed, from Ahmedpur Lamma village in eastern Punjab province. “I am also using another app that provides me with information about the weather forecast, soil health, equipment and most important, the use of bio-pesticides. This has helped me to cut costs by 10 percent as conventional pesticides are more expensive because they are imported,” he adds in a recent interview.

During the Covid-19 pandemic the use of online tools accelerated in every domain in Pakistan — from finances to health, education and services. This transition is also creating opportunities for digitalization of agriculture

Pakistan is considered an agricultural country. As per the 2017 census, 64 percent of the population is rural and 36 percent urban. Agriculture, centred in Punjab and Sindh provinces, contributes 19 percent to the country’s gross domestic product (GDP) and employs 38 percent of workers. Today, 90 percent of farmers (7.4 million) are categorized as ‘smallholder’ as they own less than five hectares of land.

And now agriculture can be seen through a different landscape — a digital one. During the Covid-19 pandemic the use of online tools accelerated in every domain in Pakistan — from finances to health, education and services. This transition is also creating opportunities for digitalization of agriculture.

Against this backdrop, the Food and Agriculture Organization (FAO) has launched its 1,000 Digital Villages Initiative (DVI) in Pakistan. To date it is taking the shape of a pilot project in Punjab and Sindh.

In late May and early June, FAO Pakistan did a baseline assessment of 22 villages in seven districts of the provinces, which included 54 local women and 100 men. About two weeks later it trained more than 1,000 farmers and villagers on six different digital applications related to agriculture, water conservation and online markets for buying and selling agricultural products. 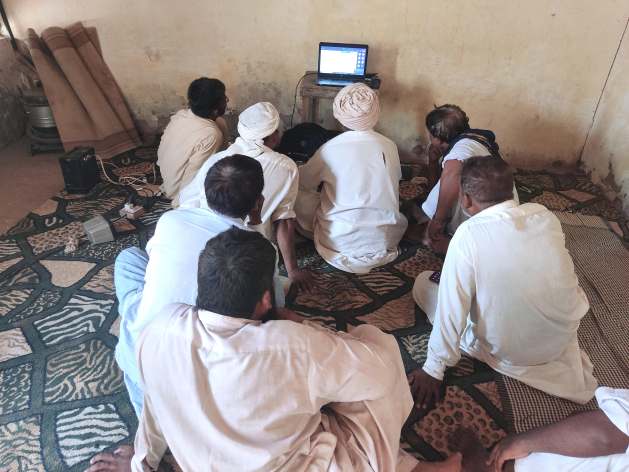 Men and women interviewed said they had been unaware about how digital technology could help them in their work. Many were eager to show the applications they have installed and started using on their phones. Most are related to services for farmers — timely information about weather and market rates, crop health, soil fertility, water usage and accessing markets. Women were accessing information about sewing, stitching and embroidery, health and hygiene.

“I managed to increase my household income by more than 20 percent by selling stitched garments online and my traveling expenses to meet customers and buy materials dropped by more than 25 percent because I started using one social media app,” says Uzma, 32, who has used a cell phone for six years but was unaware of the apps, which are now key components in her business.

Besides using popular social media apps to market her clothes and receive orders, Uzma, from Ahmedpur Lama village, says she buys her raw materials online. With her newfound digital literacy, she is also using her bank’s mobile app to make payments and helping her children with their studies, especially science and maths.

FAO Pakistan’s Project Lead for DVI, Muhammad Khan, said the response from trainees has been better than expected. “We are surprised to see the level of interest shown by the villagers when they were trained. To scale up implementation of DVI in minimum time, FAO Pakistan has decided to integrate it as a component in existing and future projects.”

Most villagers trained say that they are also now regularly using popular social apps. That access opened the door to a new livelihood for Muhammad Sajid, 33. “I learned mobile repairing skills by watching different tutorial videos and this helped me to open my mobile repairing shop in my village,” he says. Using his online skills to help fellow villagers buy and sell agricultural products and livestock is his next goal, he adds. 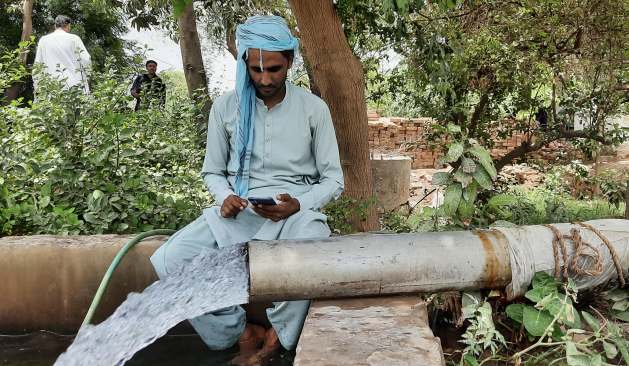 All the farmers who IPS spoke with said that mobile phone connectivity boosted their operations. “With an agriculture app I learned the differences among many fertilizers, which ones are best for my crops, and how to apply them. Now I am getting the maximum yield from my crops,” says Muhammad Haseeb, 29.

Shahid Hussain says that after attending a meeting about digital tools for farmers in his village he converted his manual pesticide spraying machine into an automatic one, saving valuable time. Using one app, he learned more about fodder for his cattle and changed their feeding practices. “My livestock now produces more milk than before,” he adds.

Given results to date, FAO’s Khan predicts that in the next five years most villages in Pakistan will be connected to a digital ecosystem with farmers and their neighbours managing their work, and other aspects of life, using digital applications and technologies.

A global initiative inspired by FAO’s Director-General, Mr QU Dongyu, the DVI is being piloted in the Asia-Pacific region. The villages in Pakistan are among many being showcased and sharing their advancements with other villages and areas in Asia and the Pacific as well as other regions of the world.