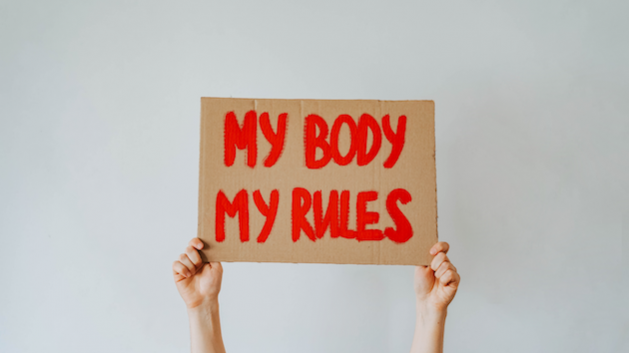 Women’s rights groups have questioned the legal provision requiring doctors to collect records on all pregnancies, saying it could be used to monitor abortions.

BRATISLAVA, Jul 5 2022 (IPS) - Women’s rights groups fear a new legal provision in Poland requiring doctors to collect records on all pregnancies could create what they have described as a ‘pregnancy register’ to monitor whether women are having abortions.

Poland has some of Europe’s strictest abortion laws with terminations allowed in only two instances – if the woman’s health or life is at risk and if the pregnancy is the result of either rape or incest.

Until last year, abortions had also been allowed in cases where the foetus had congenital defects, but this exemption was removed following a legal challenge by members of the ruling right-wing Law and Justice (PiS) party, which some critics accuse of systematically suppressing women’s rights.

Rights groups and opposition MPs say that in light of the tightened abortion legislation, they are worried that the pregnancy data could be used in an unprecedented state surveillance campaign against women.

“A pregnancy register in a country with an almost complete ban on abortion is terrifying,” Agnieszka Dziemianowicz-Bąk, an MP for The Left (Lewica) political alliance in Poland, said on Twitter. “Even today, Polish women avoid getting pregnant out of fear that they will be forced to give birth in every situation. There are even more reasons to be scared now,” she added.

The new provision was approved by Health Minister Adam Niedzielski on June 3 and will come into effect in October when medical staff will begin collecting additional information from patients, including data on pregnancies. This will then be entered into the country’s central Medical Information System (SIM).

Critics question why this data is being collected now, and who will have access to it, pointing out that information about pregnancies is already available in medical records, while some Polish lawyers have claimed that police and prosecutors will be allowed access to the data under certain circumstances.

Mara Clarke of the international group Abortion Without Borders said that while the collection of the information may not appear harmful in itself, against the background of the recent tightening of already very strict abortion laws, the move will only increase fears among women in Poland over their reproductive rights.

Some doctors agree, saying patients have already expressed fears about what the data collection could mean.

Michal Gontkiewicz, a gynaecologist at a district hospital in Plonsk, central Poland, told local TV station TVN 24: “As a tool in itself this is not dangerous, but patients may fear it will be used as a tool of the regime. Women are afraid that if they experience a spontaneous miscarriage, which is already a huge trauma for them, someone will accuse them of terminating the pregnancy, multiplying their trauma.”

The Health Ministry has rejected claims that it is trying to create a ‘pregnancy register’ and said the provision is being implemented as part of requirements to meet EU health regulations on patient data.

A spokesman for the ministry told IPS: “We are not creating any register, only expanding the reporting system based on recommendations of the European Commission. Only medics will have access to the data.

“Information about pregnancy is important for medics, because, for example, pregnant women should not undergo a number of medical procedures, and certain medicinal products cannot be prescribed to them.”

Some local doctors have also sought to play down the significance of the data collection, pointing out that bodies such as state social insurance institutions can already check up on pregnancies and that law enforcement agencies can already access medical data in certain instances if approved by a court.

But with questions over the country’s judiciary – Poland has already been censured by the European Commission over a lack of judicial independence – critics of the provision worry the existence of the register will only make an already bad situation worse.

The Polish rights group, Women’s Strike, claims police are already involved in questioning women whose pregnancies have ended, often after being contacted by angry partners.

“Given the current state of the judicial system in Poland and the threat of investigation in cases of undelivered pregnancies, this raises a lot of concerns,” Wiktoria Magnuszewska, an activist with Lex Q, a Polish LGBT+ advocacy organisation, told IPS.

Before the provision comes into effect, activists are trying to reassure Polish women that the provision does not represent a change to legislation on terminations.

Under Poland’s abortion laws, it is not illegal to have an abortion, but it is illegal to help someone do so. Many women in Poland who want an abortion self-administer pills bought online from abroad, or travel to neighbouring countries with less restrictive legislation, such as Germany and the Czech Republic, for terminations.

“Our Polish helpline has already had a few calls from women concerned about what the situation would be if they wanted an abortion. The good news is that there is no danger that women will no longer be able to self-administer abortions,” said Clarke.

However, the fear of how the ‘pregnancy register’ could be used already appears to be driving Polish women away from the country’s doctors.

Eva Ptaskova of the Ciocia Czesia volunteer organisation in the Czech Republic which helps Polish women access reproductive services, including abortions in local facilities, says her group has already been contacted by clients looking not for terminations, but gynaecologists who will treat them during their pregnancy because they do not want their details recorded in Poland.

She told IPS: “The situation in Poland is beginning to look more and more like something from The Handmaid’s Tale. What we are seeing is women with concerns that this [pregnancy register] could open the door to investigations of pregnancies that are ‘no longer’.

“This could deter women from seeking medical care, for instance, post-abortion care, which could then be very dangerous to their health. I worry it will get to the point where women will be scared to go to a gynaecologist at all because the information will be recorded that could one day be used against them.”