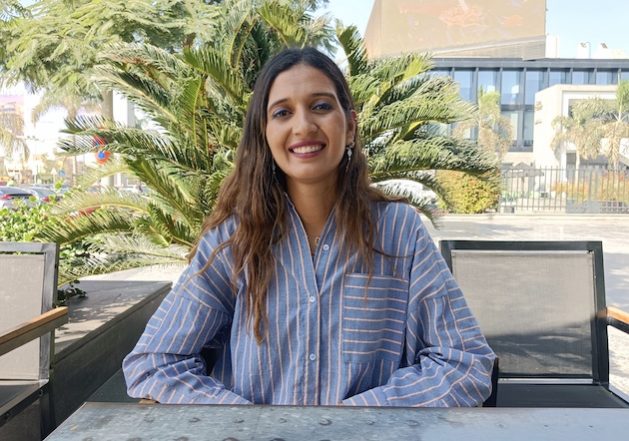 As a doctor, she witnessed the influx of emergency patients into the hospital as a result of the hurricane, which piqued her interest in environmental and climate issues. She described it as a significant milestone in her life.

“As a result, I decided to become an activist in the areas of public health and climate change over the ensuing years. I did this by attending events as a representative of a global organisation of medical students and young doctors, starting with the COP24 Climate Change Summit in Poland in 2018 and continuing through the Glasgow Conference in Britain in 2021,” Omnia said in an interview with IPS.

El Omrani is an Egyptian plastic and reconstruction surgery resident, community leader and climate change activist. She was appointed by the President-designate of the 27th Session of the Conference of the Parties (COP27), Sameh Shoukry.

Host country Egypt has committed to empowering youth. It sees the role of the youth envoy as a way to encourage and promote youth perspectives before COP27 and throughout the negotiations and conference itself.

El Omrani sees herself as central to involving the world’s young people at COP27 to promote climate action and implementation with the critical interventions necessary for the conference’s implementation-focused strategy.

The Youth Climate Summit COY17’s most significant outcome is to develop a statement that reflects the youth’s perception of the problem – and to suggest solutions.

The youth statement’s coordination began ahead of the COY17 youth summit, and YOUNGO with working groups will review and edit a draught version in Sharm El-Sheikh from November 2–4, after which it will be sent to the COP27 president, she explained.

“The unique thing that we will do this year On the Young and Future Generations Day (November 10), we will have a roundtable discussion instead of a panel discussion at COP27. Here we will bring together high-ranking officials, negotiators, and ministers and YOUNGO to discuss the statement and (debate) how to get it implemented,” El Omrani said.

El Omrani, who is 27, has represented over 1.3 million medical students, leading their global advocacy and policy work on climate change with the UNFCCC, UNEP, and WHO, while also being engaged in climate action projects across Egypt and the world.

She has participated in climate discussions at COP24, COP25, and COP26, environmental projects, and international climate conferences, such as the WHO Civil Society Group to Advance Climate and Health.

“I believe it is my responsibility to inform people about the significance of climate change in my community and at the institution where I work as a doctor. I also believe I must deliver these messages to decision-makers and urge them to act on this issue,” she added.

“I am now developing a curriculum to be taught at universities to increase awareness of climate change issues, not just in Egypt but also throughout Africa, in collaboration with Ain Shams University in Egypt.”

Aside from that, she participates in a wide range of charitable activities and projects coordinated by the World Health Organization, UNICEF, the European Union, the Lancet Scientific Journal, and other international groups focused on health, women’s issues, and climate change.