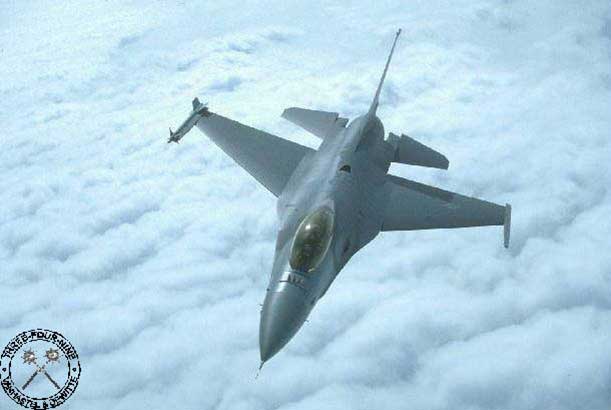 ARLINGTON, Virginia, Jan 5 2023 (IPS) - More than 10 months since the Russian invasion of Ukraine, the United States and its allies continue to seek the most effective military, humanitarian, political, and economic means of assisting Ukraine.

In his December 2022 visit to Washington, Ukrainian President Volodymyr Zelensky reportedly reiterated his desire for advanced US weapons; Ukraine’s wish list includes Abrams tanks and F-16 fighter aircraft. Fulfilling President Zelensky’s request for US combat aircraft and tanks would be a significant escalation of the US military commitment to Ukraine and could further increase the risks associated with that commitment.

The situation is fraught, with threats of conventional war beyond Ukraine’s borders and even possible nuclear weapons use, as well as uncertainty about weapons suppliers’ ability to ensure that the weapons transferred reach their intended users and are not retransferred.

The US weapons that have been transferred to Ukraine so far have been largely defensive in nature; these include anti-aircraft and anti-armor systems. The US has reportedly not provided the munitions with the longest range for systems such as rocket launchers, making it more difficult for Ukrainian forces to strike far beyond the Ukrainian-Russian border.

In contrast, weapons such as battle tanks and fighter aircraft can be used in offensive roles that may increase the likelihood of Russian reprisals against the United States and our European allies. In particular, providing weapons that can reach deep into Russian territory may increase the likelihood of escalation, with Russia potentially responding by attacking countries in Europe that have assisted with Ukraine’s war effort.

Far too often, the US government transfers weapons and ammunition without putting sufficient systems in place to ensure accountability for their storage, deployment, and use. Without robust controls, these weapons can be stolen and sold to the highest bidder or transferred to other conflicts.

The capture of US weapons by Russia would present a particular threat — the potential disclosure of US technology through Russian reverse engineering of US weapons systems.

The hurried nature of transfers to Ukraine further increases the likelihood of diversion. Continuing to expand the number and capability of US weapons provided may also exacerbate these risks.

In addition, even if US military forces are not deployed in Ukraine, in the future they could still face US weapons that were diverted to other conflicts.

According to the Stockholm International Peace Research Institute (SIPRI), the United States continues to be the world’s largest supplier of conventional weapons, supplying nearly 40 percent of the global value of weapons transferred from 2017-2021. This was virtually identical to the total value of weapons transferred by the next four countries during the same period (Russia, France, China, and Germany). US dominance in aid to Ukraine is even more pronounced.

In conjunction with President Zelensky’s visit to Washington, the US Department of Defense announced the 28th drawdown of US defense stocks to aid Ukraine since August 2021. The press release acknowledging the latest commitments indicated that the US has provided more than $21 billion in security assistance since the start of the Russian invasion of Ukraine. The omnibus spending bill that President Biden signed in late December 2022 contains $47 billion in additional military, economic, and humanitarian assistance.

In contrast, the UK Ministry of Defence (MOD) issued a press release on 30 December 2022 stating that the UK had provided £2.3bn of military aid in 2022, and that this was second only to the United States. The MOD also indicated that they planned to provide the same level of funding in 2023. This commitment is a small fraction of US assistance.

As with other US transfers of conventional weapons, transfers to Ukraine risk diversion to other countries and other conflicts. US dominance of the supply of weapons means that it also holds a disproportionate responsibility for the use and potential misuse of the weapons.

Danger of nuclear weapons use

During the Cold War, one of the most significant concerns was that a conventional war might escalate to the nuclear level. Analysts and political leaders alike recognized while this could take place because of deliberate action, it could also occur because of accident or miscalculation.

This likelihood of nuclear use persists today, and is arguably higher as a result of Russian President Putin’s threat to use all means of military force in the conflict in Ukraine.

If Russia is losing the conventional war, they may decide to turn to nuclear weapons to try to change the war’s outcome. The US providing Ukraine with weapons designed primarily for offensive use may increase this risk.

The continued use of nuclear threats is yet another illustration of the danger of nuclear weapons. As long as nuclear weapons exist, this danger continues. The Treaty on the Prohibition of Nuclear Weapons provides a roadmap for escaping this existential threat.

Taken together, these risks highlight the danger of giving priority to potential short-term political and military gains over longer-term negative consequences.

Further weapons transfers to Ukraine need to be subjected to rigorous analysis of potential long-term consequences before the transfers occur. Saying yes to Ukraine may be the easier response from a short-term perspective.

For example, saying yes is likely to enhance the political connection between the US and Ukraine, and military contractor’s profit from weapons sales. However, that response may well endanger US security interests in the longer term.

Dr. Natalie Goldring, a Visiting Professor of the Practice in the Sanford School of Public Policy at Duke University, also represents the Acronym Institute at the United Nations on conventional and nuclear disarmament issues.