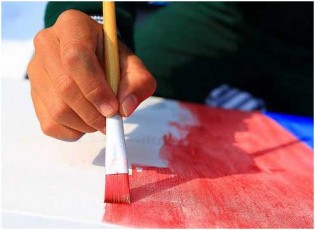 By Aaron Glantz
Cultural and creative industries, which include arts and crafts, advertising, design, entertainment, architecture, books, media and software, have become a vital force in accelerating human development. They empower people to take ownership of their own development and stimulate the innovation that can drive inclusive sustainable growth.

By Aaron Glantz
Prudential cheated the families of dead U.S. soldiers and Marines out of more than 100 million dollars in interest on their life-insurance policies, according to a lawsuit filed Thursday in a Massachusetts federal court.

By Aaron Glantz
Giselle Jiles could be the new face of foreclosure. The 52-year-old financial planner has owned her home in Oakland's Laurel District for 12 years. She did not buy an expensive home that was beyond her means and she did not sign up for a predatory adjustable rate mortgage that was reset at an unsustainably expensive rate.

By Aaron Glantz
In his State of the Union address to Congress, U.S. President Barack Obama promised to end the "don't ask, don't tell" policy, which forbids gays and lesbians from serving openly in the Armed Forces. Three months later, efforts to repeal the policy continue to languish in Congress.

By Aaron Glantz
IPS contributor Alaa Hassan was killed on his way to work last Wednesday. He was 35 years old. He is survived by his mother, five brothers, five sisters and his wife who is pregnant with their first child. Alaa was not killed for being a reporter. Indeed, he had only just begun helping IPS gather news. When fighters ambushed him and machine-gunned his car, it was simply because he was in the wrong place at the wrong time - one of so many people killed seemingly for no reason in Iraq each day.
ADVERTISEMENT ADVERTISEMENT