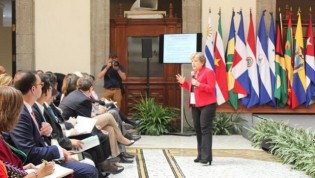 Ocampo as World Bank Candidate: A Reason for Regional Pride

By Alicia Bárcena
The nomination of José Antonio Ocampo for the Presidency of the World Bank is a source of pride and hope for all those working for economic and social development, particularly in Latin America and the Caribbean.
ADVERTISEMENT ADVERTISEMENT