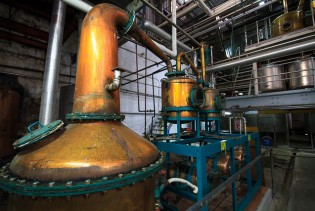 By Bert Wilkinson
Caribbean governments have begun a quiet lobbying effort to convince Washington to rethink the subsidies it grants to the rum industry in U.S. territories, or face a formal complaint in the World Trade Organisation.

By Bert Wilkinson
Pedro Melville, 62, a father of nine from Guyana's northwestern gold and manganese mining district of Matthew’s Ridge, sees the impacts of unchecked prospecting on the local environment every day.

CARIBBEAN: Gay Rights Slowly Coming Out of the Closet

By Bert Wilkinson
Over the past six months, governments in two influential Caribbean trade bloc member states – Jamaica and Guyana - have floated political test balloons on the question of whether colonial-era laws criminalising homosexuality should be amended in keeping with trends in most Western states.

By Bert Wilkinson
Fabian George drank and generally used water from jungle rivers near his mountainside home for decades until world market prices for gold began climbing in recent years.

By Bert Wilkinson
The mining industry in Guyana is a vocal opponent of new conditions and regulations adopted by the government, which has engaged in a campaign to get millions in international donations for preserving the Amazon jungle as part of the country's contribution to mitigating climate change.

By Bert Wilkinson
The Guyanese government and miners are at loggerheads, with the Amazon forest - and its wealth in minerals and its role in fighting climate change - at the center of the dispute.

By Bert Wilkinson
Earlier this month, Brazilian President Luis Inacio Lula DaSilva flew more than 1,600 kilometres from his base in Brasilia to a remote state on the Guyanese frontier to formally commission a border river bridge with his country's English-speaking neighbour.

By Bert Wilkinson
This small English-speaking nation, home to the Caribbean trade bloc (CARICOM), has been in the news recently due to allegations in a New York court that the government here willingly and knowingly gave surveillance equipment to a private death squad so that it could hunt down and execute more than 200 criminal suspects and opposition activists it wanted off the scene - as far back as 2002.
ADVERTISEMENT ADVERTISEMENT