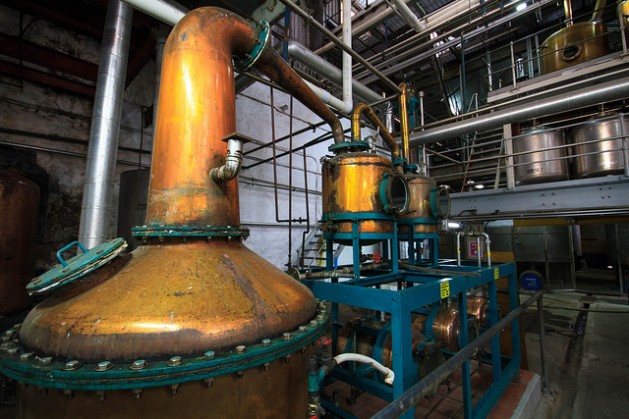 GEORGETOWN, Guyana, Nov 29 2012 (IPS) - Caribbean governments have begun a quiet lobbying effort to convince Washington to rethink the subsidies it grants to the rum industry in U.S. territories, or face a formal complaint in the World Trade Organisation.

At the heart of Caribbean fears are two companies, UK-based Diageo Plc brands and U.S.-owned Cruzan Rums, which like many Caribbean distilleries, export millions of gallons of white and dark rums to the U.S. mainland each year.

Irwin LaRocque, chief of the regional trade bloc Cariforum, told IPS the U.S. subsidies “have the potential for damaging the market for our rum producers in the region, a market that we have been cultivating over the years, a market which they are seeking to upgrade by exporting brand rum rather than bulk rum.

“This is a matter of grave concern and it is agreed there needs to be some intervention of some sort to inform the United States of our concerns,” he says.

The problem, says the Barbados-based West Indies Rum and Spirits Producers Association (WIRSPA), is that the U.S. has granted millions in annual subsidy payments to the two producers to build new distilleries and other equipment in the U.S. Virgin Islands and Puerto Rico.

The subsidies allow them to export rum to the U.S. market at a rate so much cheaper than their neighbours in the English-speaking Caribbean that WIRSPA’s own producers find themselves unable to compete.

Rum and spirits production date back nearly 400 years to the European colonial era. Collectively, the sector is worth more than 500 million dollars to the Caribbean’s economy.

The Dominican Republic, Guyana, Barbados and Jamaica are among the key exporting nations. About 80,000 people benefit directly and indirectly from the sector.

The issue appears headed to the World Trade Organisation (WTO) unless the Barack Obama administration and the U.S. Trade Representative’s office are prepared to sit down to review the policy in a way that is mutually beneficial, industry players say.

Thus far, the row has stayed relatively low key. Officials at the Guyana-based Caribbean trade bloc secretariat said that it came up briefly at the hemispheric Summit of the Americas this year in Colombia, with President Obama present at the meeting table.

Washington-based Caribbean ambassadors have also floated the topic to various tiers of administrative officials in the past year.

By all indications, they have made little headway. WIRSPA, and producers in the Dominican Republic who are also affected, say the road is being cleared for a trip to the WTO in Geneva if all else fails.

“We find that it is extremely difficult to compete and it is a challenge at this point in time. We feel that this is an iniquitous and pernicious use of subsidies for multinational spirit companies and their rum production,” Frank Ward, the head of WIRSPA, told IPS.

In the event that the U.S. digs in its heels – as it has done with the now destroyed banana and internet gaming sectors – WIRSPA and Cariforum say they have already done their legal homework and anticipate a favourable ruling at the WTO.

“We have had so far three legal opinions of the legality at the WTO of these subsidies which are being given by U.S. territories and all of them stated that there is a case to be made against the subsidies,” Ward said.

“One of the opinions came from the advisory centre on WTO law which is a body set up to advise individual countries on issues related to WTO laws. So we have a clear case there. We now need the political will to take it forward and time is not on the side of the industry,” he added.

The clearest indication that talks are a possibility has come from U.S. Assistant Secretary of State Roberta Jacobson, who said the U.S. preferred dialogue to legal action.

Industry officials and diplomats say frustration is rising in Cariforum because of the mixed signals from various levels in Washington.

The grouping of regional diplomats in the U.S. capital had earlier this year written to the office of the U.S. trade representative, Ron Kirk.

In the letter, they outline their case and detail the subsidies they allege are “covering 100 percent of all costs to build a state of art production plant in St. Croix and then providing an operating subsidy that would approach or exceed 100% of the cost of production of all rum exported to the United States.

“The generous tax breaks and incentives” could entirely destroy Caribbean rum as most have known it, the letter warns.

Ironically, some of the regional distillers like Guyana sell bulk rum to their now British and U.S. trade nemeses for onward production to bottled rum. They now have to face the possibility of a decline in business at the expense of their buyers if the matter is not resolved in the short term.

“Several rum producers have lost long-term contracts to supply bulk rum,” noted a recent editorial in the Jamaica Observer. “This trend will continue because subsidised production capacity is larger than the existing market share of Caribbean rum exports. This excess capacity will first disrupt the U.S. market then inevitably affect all export markets.”