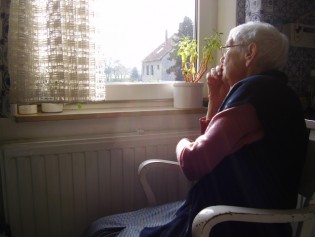 By Chau Ngo
Violence has resulted in widespread deaths in the Central African Republic (CAR) in one of the world’s worst humanitarian crises.

Asia, Africa See Faster Urbanisation than Rest of the World

By Chau Ngo
Asia and Africa are seeing a faster pace of urbanisation than the rest of the world and the trend is expected to continue, posing challenges for governments to provide public services and manage migration issues.

By Chau Ngo
Poverty reduction has been slowing despite the swift economic development worldwide in the past 20 years, as a result of increasing inequality between countries and within the nations.

Environment Should be Priority in China’s Urbanisation Spree

By Chau Ngo
Environment should be among the top issues to be addressed by China in its urbanisation spree to ensure sustainable development, according to panelists at a discussion here Tuesday.

By Chau Ngo
The surging violence in Iraq killed more than 1,000 people and left another 1,000 injured within two weeks since the dramatic rise of the Islamic State of Iraq and the Levant (ISIL) earlier this month, the United Nations said Tuesday.

By Chau Ngo
United Nations officials on Monday voiced their concerns over the verdicts and sentences of three Al Jazeera journalists and 11 others who were tried in absentia in Egypt, and called on the country to review the handling of these cases.

By Chau Ngo
Many countries have refrained from reporting their small arms exports while the weapons trade has continued to boom, according to a report released here.

By Chau Ngo
A priest who spent decades treating patients in Africa and a non-governmental organisation (NGO) have received the 2014 U.N. Population Award for their contributions to the world’s population and health issues.
ADVERTISEMENT ADVERTISEMENT