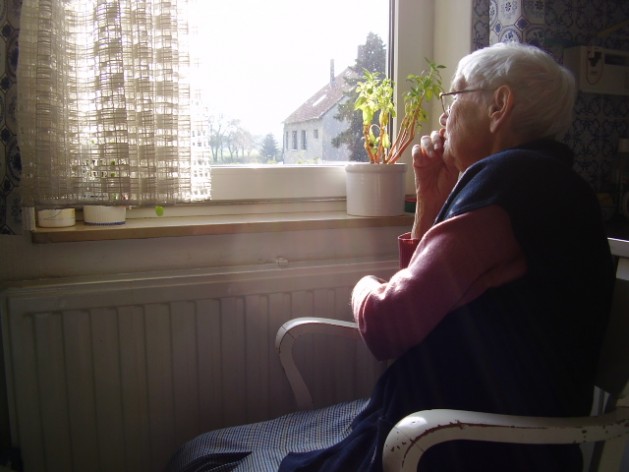 UNITED NATIONS, Aug 14 2014 (IPS) - A veteran women’s rights activist, Patricia Brownell was still taken aback by the prevalence of abuse against older women she discovered during dozens of conversations she and her colleagues had with victims.

They found that for every one official report of abuse made by agencies in New York State, there are 23 self-reports, with the abusers ranging from husbands, sons, daughters and other relatives to complete strangers.

“In many cases, the victims did not want to talk about it. They felt guilty. They felt it was their fault.” -- Patricia Brownell

“It’s underreported,” Brownell, vice president of the National Committee for the Prevention of Elder Abuse, told IPS. “In many cases, the victims did not want to talk about it. They felt guilty. They felt it was their fault.”

Most research on the abuse of older women has focused on North America and Europe. A study conducted in five European countries in 2011 found that around 28 percent of older women had experienced abuse.

The situation in developing countries, where the socio-economic conditions are worse and the welfare system weaker, mostly remains unknown.

“It could be worse,” said Brownell, citing harmful traditional practices against widows or those accused of witchcraft in some developing countries. “It really introduces another dimension of abuse against older women. It’s community abuse.”

Violence directed against younger women has long overshadowed that against the elderly, who in some cases are more vulnerable. There has been so little research into the issue that activists said they do not know its full scope yet, hampering efforts to prevent and fight the violence.

Abuse of older women can take various forms, from physical, psychological and emotional (verbal aggression or threats), to sexual, financial (swindling, theft), and intentional or unintentional neglect, according to the World Health Organisation (WHO).

Addressing the Fifth Working Group on Aging at the United Nations in New York, Silvia Perel-Levin, chair of the NGO Committee on Ageing in Geneva, showed how fragmented the picture is: the prevalence of abuse ranges from six percent to 44 percent of those surveyed, depending on the geographic location and socio-economic conditions.

While there has been an increase in reports of abuse and violence against older women in the past few years, it does not necessarily mean the problem is worsening, Perel-Levin told IPS.

“I believe [violence and abuse] have always been there, but they were never investigated, never reported,” she said. “That was always a taboo. We don’t have enough data about violence against older women.”

The issue has been neglected partly because of the misconception that older women are less likely to suffer from domestic violence, activists said. Studies on domestic violence and reproductive health tend to examine the situation of women under 49 years old. The age range has only been broadened recently.

“People may think that older women are not subject to rape, and that their husbands stop beating them because they are 50,” said Perel-Levin. “This is not true.”

For many women, the abuse begins later in life. The abusers are sometimes beloved family members, which complicates the situation, as the victims are reluctant to report the violence.

Living with an extended family does not guarantee protection, because in many cases, the sons and other family members are the abusers. In several Asian countries, the daughters-in-law, who are expected to take care of their husbands’ aged parents, sometimes turn out to be abusers, activists said.

In developing countries, the situation is difficult for the victims even when they report the abuses, said Kazi Reazul Hoque of the Bangladesh National Human Rights Commission.

The older women in that South Asian country most likely to face abuse and violence are from ethnic minorities and religious communities, Hoque, a former judge, told IPS. These are already weaker and poorer communities, which encouraged the offenders to commit violence.

“Even when they bring the case to the court, it’s still difficult for them to pursue ‘the war’,” he said. “How long can these poor people fight?”

Activists have been calling for more research into violence against older women, such as by U.N. Women, the United Nations agency for gender equality and women’s empowerment.

James Collins, representative to the United Nations of the International Council on Social Welfare, told IPS, “We will continue to raise this issue during the events of the Sustainable Development Goals. We’re here push for the rights of older people.”