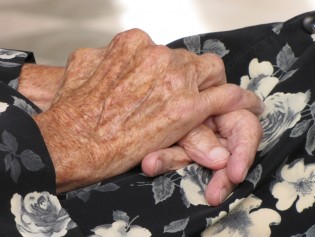 By Toby Porter
Although instances of elder abuse are widespread around the world, many government responses have been inadequate.

By Emilio Godoy
“Our rights are only partially respected; in some places we are given special attention, but in others it is quite the opposite. There is a lack of education and respect for people my age,” Hilda Téllez, a 70-year-old Mexican woman, told IPS.

By Matthew Charles Cardinale
When HIV/AIDS first emerged in the 1980s, the stereotypical image of a person living with the disease in the United States was a young or middle-aged white homosexual male.

‘Elderly Can be Contributors, Not a Burden’

According to popular belief, the world’s rapidly ageing societies face the risk of poverty, dementia and loneliness. But not necessarily so, says a United Nations publication unveiled in Japan Monday. Better management by governments can support a better life for the elderly, and lead them to becoming important contributors to society, it says.

By José Adán Silva
Luisa Gutiérrez, 65, dances a frenzied mambo on an unusual dance floor: a street in the Nicaraguan capital. Dozens of cars line up behind her, honking their horns impatiently, while she, surrounded by elderly people with canes, walkers and protest signs, dances to demand a government pension.
ADVERTISEMENT ADVERTISEMENT