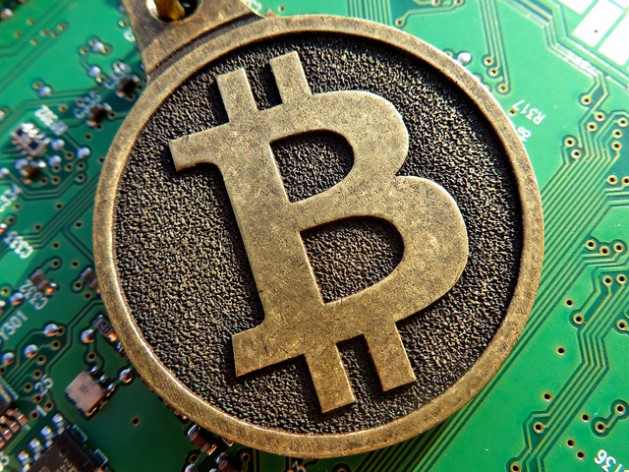 Drug transactions are usually conducted using the online peer-to-peer currency bitcoin, which remains in escrow until it is transferred to the seller after the product is delivered. Credit: BTC keychain/cc by 2.0

UNITED NATIONS, Jul 3 2014 (IPS) - In its two years of operation, the online marketplace Silk Road raked in 1.2 billion dollars in revenue and amassed an estimated 200,000 registered users – a success story that would be any start-up’s dream.

But the site was shut down by the FBI last October amid charges that it was essentially the Amazon.com of illegal drugs, shedding light on the increasing sophistication of a cyber drug trade that offers both buyers and dealers high-tech anonymity.

“The new markets that have replaced Silk Road can now encrypt all communications and use advanced techniques to launder the bitcoins used in transactions." -- Prof. David Hetu

“The online marketplace for illicit drugs is becoming larger and more brazen,” it said. “If the past trend continues, it has the potential to become a popular mode of trafficking in controlled substances in years to come.”

The growth of online drug dealing has gone hand in hand with advancements in technology. The UNODC’s review of global drug seizure data shows that cannabis seizures obtained through the postal service rose 300 percent in the decade from 2000 to 2011.

The majority of the reported seizures came from Europe and the Americas, with high-quality drugs and new psychoactive substances, according to the report.

Governments’ efforts to curb this crime brought down a number of networks last year, with Silk Road being the most prominent case so far. The United States’ Federal Bureau of Investigation (FBI) arrested the website’s owner, Ross Ulbricht, a 29-year-old physics graduate, and seized bitcoins worth 33.6 million dollars at the time of the capture.

Silk Road was for some time the most sophisticated and extensive marketplace on the Internet, where dealers sell illegal goods and services, including illicit drugs of almost every variety, the FBI said.

So far the value of cyberspace drug trafficking is still marginal in comparison with the overall drug trade, which is in the hundreds of billions of dollars, according to David Hetu, assistant professor of criminology at the University of Montreal, who specialises in cybercrime. But the upward trend is troubling.

“We are seeing an exponential growth of virtual drug markets,” he told IPS. “What we have seen is a lot of markets with a heavy focus on drugs and prescription drugs.”

There are some 200,000 drug-related deaths worldwide every year, and 39 million people had drug disorders or dependence in 2012, according to the U.N. Despite a stabilisation of drug use around the world, illicit opium production still rose to a record level last year, with Afghanistan continuing to be the world’s largest producer.

Online drug trading has existed since the early days of the Internet. However, its sophistication has only accelerated recently, experts say. Technology has enabled online dealers to offer goods and services, and make transactions anonymously.

“Two distinct technologies that have emerged in the past decade – anonymous networks such as Tor, and pseudonymous payments systems such as Bitcoin – have made it possible to create online anonymous markets which provide reasonably good anonymity guarantees,” Nicolas Christin, assistant research professor at Carnegie Mellon University, told IPS.

“This is the most important development in online drug dealing in the past three years.”

In his research paper “Traveling the ‘Silk Road’: a measurement analysis of a large anonymous online marketplace,” Christin noted that the top three items for sale on this website were “weed”, “drugs” and “prescriptions”.

Introduced in 2009 as a virtual currency, the bitcoin has no physical existence. Operating on an electronic system built on the peer-to-peer network where users are directly connected instead of going through the central servers in the traditional system, transactions in bitcoins are almost untraceable and anonymous.

Despite not being recognised by any central bank or government, the bitcoin is widely seen as not being illegal. People can buy anything from from pizzas to houses with bitcoins, as long as the sellers accept it.

Tor, or The Onion Router, is software that enables data to transmit globally almost untraceably. It allows users to connect to another location in the network while keeping their Internet Protocol address invisible – known as the Dark Net.

Because of the technical issues, buying drugs online is more complicated than in the streets, said David Hetu. However, it is not too difficult for those who seek to circumvent law enforcement. All that a buyer needs to do is to buy bitcoins online, install Tor, choose to buy drugs from the listings and have it delivered at home through the postal service.

For dealers, drug trafficking has become easier with technology. After Road Silk was taken down by the FBI last year, new markets emerged just within days.

“The new markets that have replaced Silk Road can now encrypt all communications and use advanced techniques to launder the bitcoins used in transactions,” Hetu said.

“This makes it much more difficult for law enforcement to trace buyers and vendors.”

There is no reliable data on how many people are buying drugs online, but the types of drugs being sold are multiplying, according to the UNODC.

Before its shutdown, Silk Road was the marketplace for a vast majority of illegal drugs, with nearly 13,000 listings of controlled drugs, the FBI said. Despite the anonymity of transactions, the FBI said dealers might be located in more than 10 countries, stretching from North America to Europe.

Holt, whose research focuses on cybercrime and identity theft, said that law enforcement agencies need to engage in undercover operations to understand the practices of buyers and sellers within the market.

“International cooperation is essential to these efforts as the buyers and sellers may be half a world away from one another,” he said.

“Incorporating postal inspectors, customs agents, and other agencies is vital to ensure that points in the supply chain could be more effectively cut off and make it more difficult for buyers to obtain products.”