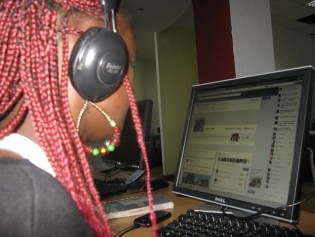 By David Njagi
Catherine Mumbi knows the difficulties of working in Kenya’s flower sector. She was fired as a casual worker at a flower farm after taking time off to recover from complications of the liver. But that was just the start of her problems.

By David Njagi
For Collins Otieno, the onset of a new day ushers in mixed fortunes that can either earn him some money or expose him to infection, as he struggles to make ends meet by scavenging for waste.

By David Njagi
Mourid Abdi Dolal and Wilson Rotich are both small-scale farmers who grow staple crops. But while one sells his produce at the local village market, the other farms to feed the growing number of refugees in Kenya.

By David Njagi
Farming with genetically modified organisms (GMOs) is becoming more widespread in Kenya due the promotion of biotechnology through clever schemes, exacerbated by the lack of a legal framework for the commercialisation of these controversial products.

By David Njagi
Like many primary school teachers in Kenya, Nemwel Mokua is not coping. He has to teach at least six subjects a day, which include a mix of arts, mathematics and science.

By David Njagi
When 11-year-old Ronald Gathece was placed on antiretrovirals (ARVs) after being diagnosed HIV-positive, medical staff did not monitor his reaction to the treatment. But the side effects had been so bad that the young boy had contemplated suicide.

By David Njagi
Nancy Njeri’s life changed when she contracted HIV through a gang rape. Not only did the infection traumatise her, she was ostracised by close friends and neighbours whom she had known for almost a decade. She was fired from her job and when she attempted to sell vegetables, people boycotted her stand because of her status.
ADVERTISEMENT ADVERTISEMENT