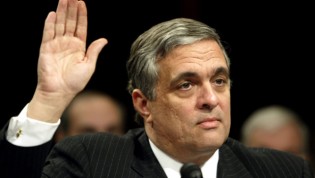 By Emile Nakhleh
As the Congress ponders President Barack Obama’s request for an Authorization for Use of Military Force (AUMF) to fight the Islamic State (ISIS or IS), U.S. policymakers must focus on the “morning after” before they embark on another potentially disastrous war in the Levant.

By Emile Nakhleh
Much has been written about King Abdullah’s legacy and what Saudi Arabia accomplished or failed to accomplish during his reign in terms of reform and human rights. Very little has been written about the role that Muhammad bin Nayef, the newly appointed deputy to the crown prince, could play in the new Saudi Arabia under King Salman.

By Emile Nakhleh
As the wobbly anti-ISIS coalition is being formed with American prodding, the Obama administration should take a strategic look at the future of the Arab world beyond the threat posed by the self-declared Islamic State. Otherwise, the United States would be unprepared to deal with the unintended chaos.

By Emile Nakhleh
Abdul Fattah al-Sisi is set to run for president and is expected to win handily. The ruling junta and the interim government have taken several steps to make this happen.

By Emile Nakhleh
For the first time in its 85-year history, the Egyptian Muslim Brotherhood Wednesday was declared a terrorist organisation. The provisional government’s decision, presumably with the military junta’s approval, came after two deadly bombings in Mansura and Cairo.
Next Page »
ADVERTISEMENT ADVERTISEMENT