WASHINGTON, Jan 14 2015 (IPS) - The horrific terrorist attack on the French satirical publication Charlie Hebdo has once again raised the question about violence and Islam. Why is it, some ask, that so much terrorism has been committed in the name of Islam, and why do violent jihadists seek justification of their actions in their religion?

Regardless of whether or not Said and Cherif Kouachi, the two brothers who attacked Charlie Hebdo, were pious or engaged in un-Islamic behavior in their personal lives, the fact remains they used Islamic idioms, such as “Allahu Akbar” or “God is Great,” to celebrate their bloody violence. Other Islamic terrorists have invoked similar idioms during previous terrorist operations.

“Modern Pharaohs” and dynastic potentates continue to practice their repressive policies across the Middle East, totally oblivious to the pain and suffering of their people and the hopelessness of their youth.

Although many Muslim leaders and theologians worldwide have denounced the assault on the Paris-based magazine, many Muslim autocrats continue to exploit Islam for selfish reasons. For example, during the same week of the attacks in France, Saudi Arabia convicted one of its citizen bloggers and sentenced him to a lengthy jail term, a huge fine, and one thousand floggings. His “crime:” calling for liberal reforms of the Saudi regime.

Since Sep. 11, 2001, scholars of Islam have explored the factors that drive Islamic radicalism and the reasons why radical activists have “hijacked” or “stolen” mainstream Islam. Based on public opinion polls and expert analysis, most observers assess that two key factors have contributed to radicalisation and terrorism: a regime’s domestic and foreign policy, and the conservative, intolerant Salafi-Wahhabi Islamic ideology coming mostly out of Saudi Arabia.

For the past decade and half, reasoned analysis has suggested that Arab Islamic states, Muslim scholars, and Western countries could take specific steps in order to neutralise these factors. This analysis concedes, however, that the desired results would require time, resources, courage, and above all, vision and commitment.

High unemployment, which ranges from 25-50 percent among the 15-29 cohort in most Arab and Muslim countries, has created a poor, alienated, angry, and inadequately educated youthful generation that does not identify with the state.  Many turn to violence and terrorism and end up serving as foot soldier “jihadists” in terrorist organisations, including the Islamic State, al-Qaeda in the Arabian Peninsula, and others.

Autocratic regimes in several Arab and Islamic countries have ignored these conditions and the ensuing grievances for years while maintaining their hold on power. “Modern Pharaohs” and dynastic potentates continue to practice their repressive policies across the Middle East, totally oblivious to the pain and suffering of their people and the hopelessness of their youth.

In the foreign policy arena, public opinion polls in Arab and Muslim countries have shown that specific American policies toward Arabs and Muslims have created a serious rift between the United States and the Islamic world.

These include a perceived U.S. war on Islam, the continued detention of Muslims at Guantanamo Bay, unwavering support for the continued Israeli occupation of Palestinian lands, on-going violations of Muslims’ human rights in the name of the war on terrorism, and the coddling of Arab Muslim dictators.

Islamic radicals have propagated the claim, which has resonated with many Muslims, that their rulers, or the “near enemy,” are propped up, financed, and armed by the United States and other Western powers or the “far enemy.” Therefore, “jihad” becomes a “duty” against both of these “enemies.”

Although many mainstream Muslims saw some validity in the radicals’ argument that domestic and foreign policy often underpin and justify jihad, they attribute much of the violence and terrorism to radical, intolerant ideological interpretations of Sunni Islam, mostly found in the teachings of the Hanbali school of jurisprudence adhered to by Saudi state and religious establishment.

Some contemporary Islamic thinkers have accordingly argued that Islam must undergo a process of reformation. The basic premise of such reformation is to transport Islam from 7th Century Arabia, where the Koran was revealed to the Prophet Muhammad, to a globalised 21st century world that transcends Arabia and the traditional “abode of Islam.”

Although their work is based on different religious and cultural narratives, these thinkers generally agree on four key fundamental points:

1. Islam was revealed at a specific time in a specific place and in a response to specific conditions and situations. For example, certain chapters or suras were revealed to Muhammad in Medina while he was fighting several battles and struggling to create his umma-based “Islamic State.”

2. If Islam desires to be accepted as a global religion with universal principles, Muslim theologians should adapt Islam to the modern world where millions of Muslims live as minorities in non-Muslim countries—from India and China to the Americas and Europe. The communal theological concept of the umma that was central to Muhammad’s Islamic State in Medina is no longer valid in a complex, multicultural and multi-religious world.

3. If the millions of Muslims living outside the “heartland” of Islam aspire to become productive citizens in their adopted countries, they would need to view their religion as a personal connection between them and their God, not a communal body of belief that dictates their social interaction with non-Muslims or with their status as a minority. If they want to live in peace with fellow citizens in secular Western countries, they must abide by the principles of tolerance of the “other,” compromise, and peaceful co-existence with other religions.

4. Radical and intolerant Islamic ideology does not represent the mainstream body of Muslim theology. Whereas radicals and terrorists, from Osama Bin Ladin to Abu Bakr al-Baghdadi have often quoted the war-like Medina Koranic suras, Islamic reformation should focus on the suras revealed to Muhammad in Mecca, which advocate universalist principles akin to those of Christianity and Judaism. These suras also recognise Moses and Jesus as prophets and messengers of God.

Reformist thinkers also agree that Muslim theologians and scholars all over the world should preach to radicals in particular that Islam does not condone terrorism and should not be invoked to justify violence. Although in recent years would-be terrorists invariably sought a religious justification or a fatwa from a religious cleric to justify their terrorist operation, a “reformed” Islam would ban the issuance of such fatwas.

Regimes have yet to address the domestic policies that have fueled radicalism and terrorism.

In terms of the Salafi-Wahhabi ideology, Saudi Arabia continues to teach the Hanbali driven doctrine in its schools and export it to other countries. It’s not therefore surprising that the Islamic State (ISIS or IS) bases its government and social “philosophy” on the Saudi religious ideology. According to media reports, some Saudi textbooks are currently being taught in schools in Iraqi and Syrian territory controlled by IS. 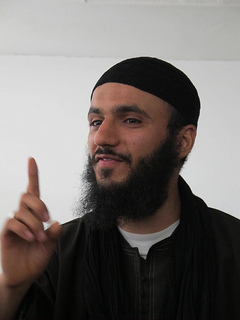 Calls for reformation have not taken root in the Sunni Muslim world because once the four schools jurisprudence—Hanbali, Maliki, Shafi’i, and Hanafi—were accepted in the 10th century as representing the complete doctrine of Sunni Islam, the door of reasoning or ijtihad was closed shut. Muslim theologians and leaders would not allow any new doctrinal thinking and would readily brand any such thought or thinkers as seditious.

An important reason why the calls for reformation have fallen on deaf ears is because in the past two decades, many of the reformist thinkers have lived outside the Muslim heartland, taught in Western universities, and wrote in foreign languages. Their academic arguments were rarely translated into Arabic and other “Islamic” languages.

Even if some of the articles advocating reformation were translated, the average Muslim in Muslim countries with a high school or college education barely understood or comprehended the reformists’ theological arguments renouncing violence and terrorism.

How to defeat Islamic terrorism

If Arab Islamic rulers are sincere in their fight against terrorism, they need to implement drastically different economic, political, and social policies. They must reform their educational systems, fund massive entrepreneurial projects that aim at job creation, institute transitions to democracy, and empower their people to become creative citizens.

Dictatorship, autocracy, and family rule without popular support or legitimacy will not survive for long in the 21st century. Arab and Muslim youth are connected to the outside world and wired into massive global networks of social media. Many of them believe that their regimes are anachronistic and ossified. To gain their rights and freedoms, these youth, men and women have come to believe their political systems must be replaced and their 7th century religion must be reformed.

Until this happens, terrorism in the name of Islam, whether in Paris or Baghdad, will remain a menace for Muslims and non-Muslims alike.