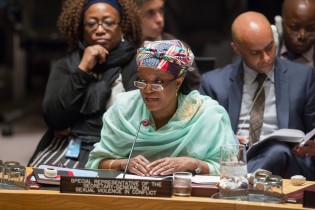 By Emile Nakhleh
As the wobbly anti-ISIS coalition is being formed with American prodding, the Obama administration should take a strategic look at the future of the Arab world beyond the threat posed by the self-declared Islamic State. Otherwise, the United States would be unprepared to deal with the unintended chaos.
Next Page »
ADVERTISEMENT ADVERTISEMENT