Stories written by Gareth Porter
Gareth Porter is an independent investigative journalist and historian who specialises in U.S. national security policy. He is the author of Manufactured Crisis: The Untold Story of the Iran Nuclear Scare, published by Just World Books in February 2014. He writes regularly for IPS and has also published investigative articles on Salon.com, the Nation, the American Prospect, Truthout and The Raw Story. His blogs have been published on Huffington Post, Firedoglake, Counterpunch and many other websites. Porter was Saigon bureau chief of Dispatch News Service International in 1971 and later reported on trips to Southeast Asia for The Guardian, Asian Wall Street Journal and Pacific News Service. He is also the author of four books on the Vietnam War and the political system of Vietnam. Historian Andrew Bacevich called his latest book, ‘Perils of Dominance: Imbalance of Power and the Road to War’, published by University of California Press in 2005, "without a doubt, the most important contribution to the history of U.S. national security policy to appear in the past decade." He has taught Southeast Asian politics and international studies at American University, City College of New York and the Johns Hopkins School of Advanced International Studies. | Twitter | 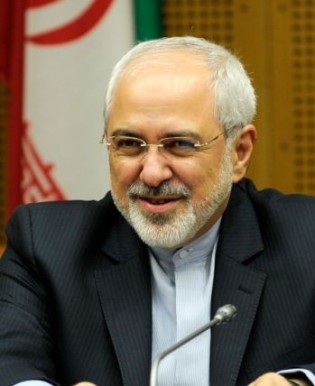 By Gareth Porter
Western diplomats have reportedly faulted Iran in recent weeks for failing to provide the International Atomic Energy Agency with information on experiments on high explosives intended to produce a nuclear weapon, according to an intelligence document the IAEA is investigating.

By Gareth Porter
Iranian Foreign Minister Javad Zarif has revealed for the first time that Iran has made a detailed proposal to the P5+1 group of states aimed at ensuring that no stockpile of low-enriched uranium would be available for “breakout” through enrichment to weapons grade levels.

By Gareth Porter
The head of the U.N. team that investigated the Aug. 21, 2013 Sarin attack in the Damascus suburbs, Ake Sellstrom, is doubtful about the number of victims of the attack reported immediately after the event.

By Gareth Porter
When U.S. Attorney for Massachusetts Carmen M. Ortiz unsealed the indictment of a Chinese citizen in the UK for violating the embargo against Iran, she made what appeared to be a new U.S. accusation of an Iran nuclear weapons programme.

By Gareth Porter
The Barack Obama administration appears to have rejected a deal-breaking demand by Israel for an Iranian confession to having had a covert nuclear weapons programme as a condition for completing the comprehensive nuclear agreement.

By Gareth Porter
The Barack Obama administration has demanded that Iran resolve “past and present concerns” about the “possible military dimensions” of its nuclear programme as a condition for signing a comprehensive nuclear agreement with Tehran.

By Gareth Porter
When Western intelligence agencies began in the early 1990s to intercept telexes from an Iranian university to foreign high technology firms, intelligence analysts believed they saw the first signs of military involvement in Iran’s nuclear programme. That suspicion led to U.S. intelligence assessments over the next decade that Iran was secretly pursuing nuclear weapons.

By Gareth Porter
Criticism in the memoirs of former secretary of defence Robert M. Gates of President Barack Obama’s lack of commitment to the Afghan War strategy of his administration has generated a Washington debate about whether Obama was sufficiently supportive of the war.

By Gareth Porter
The “first step” agreement between Iran and the United States that was sealed in Geneva over the weekend is supposed to lead to the negotiation of a “comprehensive settlement” of the nuclear issue over the next six months, though the latter has gotten little attention.

By Gareth Porter
Russian Foreign Minister Sergey Lavrov revealed a crucial detail Thursday about last week's nuclear talks with Iran in Geneva that explains much more clearly than previous reports why the meeting broke up without agreement.
Next Page »
ADVERTISEMENT ADVERTISEMENT