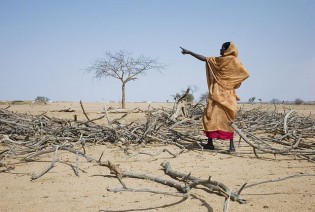 By Jeff Williams
There is a ‘Little Boy’ who has nothing to do with the atomic bomb that the United States dropped on the Japanese city of Hiroshima on 6 August 1945. This time it is about another ‘Little Boy’ who has been devastating the harvests in many regions, especially in Africa.

By Jeff Williams
While the United Nations marked this year’s World Water Day on March 22 focusing on the connection between water and jobs, a new report has rung loud alarm bells about the heavy impact of corruption on the massive investments being made in the water sector.
ADVERTISEMENT ADVERTISEMENT