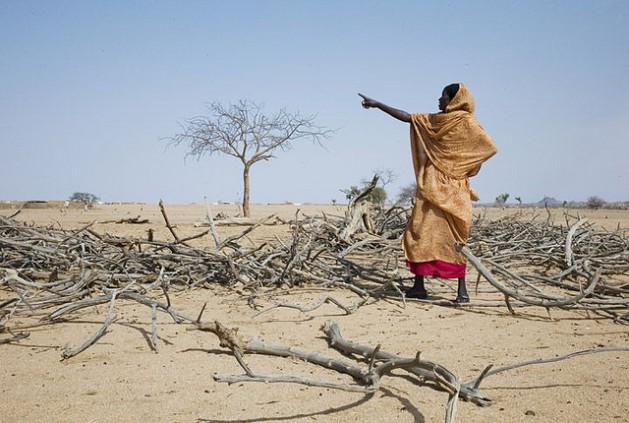 Mombasa, Kenya, Apr 7 2016 (IPS) - There is a ‘Little Boy’ who has nothing to do with the atomic bomb that the United States dropped on the Japanese city of Hiroshima on 6 August 1945. This time it is about another ‘Little Boy’ who has been devastating the harvests in many regions, especially in Africa.

This ‘Little Boy’ (from El Niño in Spanish) is a band of warm ocean water that develops in the central and east-central equatorial Pacific including the coasts of South America. In Latin America the term “El Niño” refers to the Child Jesus, so named because the pool of warm water in the Pacific near South America is often at its warmest around Christmas.

In other words, the current El Niño, which in 2015 and 2016 has been among the strongest on record, affects the climate world wide, unleashing more floods in some areas and longer periods of droughts in others, as well as stronger typhoons and cyclones.

The point is that developing countries dependent upon agriculture and fishing, particularly those bordering the Pacific Ocean, are the most affected by ‘Little Boy’.

In the specific case of Africa, this adds a new, heavy burden on food production in this vast continent, which is home to 54 countries with a total combined population of more than 1,2 billion inhabitants. Why?

On the one hand, because while roughly one-third of the food produced in the world for human consumption every year —around 1.3 billion tonnes — gets lost or wasted, these losses are particularly dramatic in Africa where 220 million people—one in five Africans, are estimated to be undernourished.

On the other hand, the collapse of commodities prices all over the world has severely impacted Africa, where agriculture still represents a major source of income.

The climate-induced crop failures -including those caused by the on-going El Niño phenomenon– have further compounded the food insecurity situation in the affected parts of Eastern and Southern Africa.

The UN agency in charge of food and agriculture on 24 March 2016 stressed in Harare the need for a shift in focus to not only increase productivity at farm level, but also to improve post-production handling among smallholder farmers and other value chain actors.

Shortly before, the Rome-based UN Food and Agriculture Organisation (FAO) on 12 February informed that Southern Africa was in the grip of an intense drought that has expanded and strengthened since the earliest stages of the 2015-2016 agricultural season, driven by one of the strongest El Niño events of the last 50 years.

Across large swathes of Zimbabwe, Malawi, Zambia, South Africa, Mozambique, Botswana, and Madagascar, the current rainfall season has so far been the driest in the last 35 years. 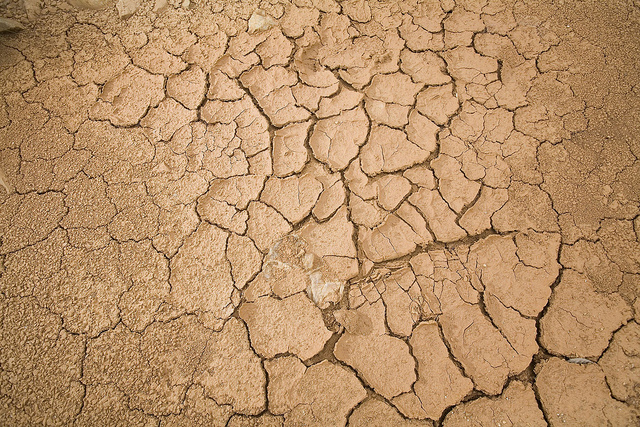 “Much of the southern African sub-region has consequently experienced significant delays in planting and very poor conditions for early crop development and pasture re-growth. In many areas, planting has not been possible due to 30 to 50 day delays in the onset of seasonal rains resulting in widespread crop failure.”

Although there has been some relief since mid-January in certain areas, the window of opportunity for the successful planting of crops under rain-fed conditions is nearly closed, FAO, WFP and FEWS NET alerted. Even assuming normal rainfall for the remainder of the season, crop-water balance models indicate poor performance of maize over a widespread area.

“Seasonal forecasts from a variety of sources are unanimous in predicting a continuation of below-average rainfall and above-average temperatures across most of the region for the remainder of the growing season.”

The combination of a poor 2014-2015 season, an extremely dry early season (October to December) and forecasts for continuing hot and drier-than-average conditions through mid-2016, suggest a scenario of extensive, regional-scale crop failure.

South Africa has issued a preliminary forecast of maize production for the coming harvest of 7.4 million tonnes, a drop of 25 per cent from the already poor production levels of last season and 36 per cent below the previous five-year average.

These conditions follow a 2014-2015 agricultural season that was similarly characterised by hot, dry conditions and a 23 percent drop in regional cereal production.

This drop has increased the region’s vulnerability due to the depletion of regional cereal stocks and higher-than-average food prices, and has substantially increased food insecurity, FAO and its partners reported.

For its part, the Southern African Development Community (SADC) stated that even before the current crisis began, the number of food-insecure people in the region (not including South Africa), already stood at 14 million.

As of early February, Famine Early Warning Systems Network (FEWS NET) estimated that, of this total, at least 2.5 million people are in crisis and require urgent humanitarian assistance to protect livelihoods and household food consumption.

The numbers of the food insecure population are now increasing due to the current drought and high market prices (maize prices in South Africa and Malawi were at record highs in January).

Consequently, drought emergencies have been declared in most of South Africa’s provinces as well as in Zimbabwe and Lesotho. Water authorities in Botswana, Swaziland, South Africa and Namibia are limiting water usage because of low water levels.

And power outages have been occurring in Zambia and Zimbabwe as water levels at the Kariba Dam have become much lower than usual.

“While it is too early to provide detailed estimates of the population likely to be food-insecure in 2016-2017, it is expected that the population in need of emergency food assistance and livelihood recovery support will increase significantly. Additional assistance will be required to help food-insecure households manage an extended 2016 lean season,” says the joint statement.

This weather phenomenon, aggravated by climate change, has also strongly hit Eastern Africa. This is the case of Ethiopia, which has been battling its worst drought in 30 years due to the El Niño weather pattern, with 8.2 million people already in urgent need of food aid.

The United Nations sent an emergency health team to help support the Government’s response to a crisis that is expected to become even worse over the next eight months.

“The food security emergency is coming against a background of multiple on-going epidemics in the country,” the interim Director of Emergency Risk Management and Humanitarian Response at the UN World Health Organisation (WHO), said Michelle Gayer on 4 December 2015 in Geneva.

“This creates an additional burden for people’s health as well as the health system as malnutrition, especially in children, predisposes them to more severe infectious disease, which can kill quickly,” she added.

Ethiopia has experienced two poor growing seasons in 2015. Due to delayed rains attributed to El Niño, its main annual harvest was severely reduced.

Every month since January has seen an increase in the number of malnourished children, with 400,000 likely to face severe malnutrition in 2016, according to WHO. Moreover, some 700,000 expectant and new mothers are at risk for severe malnutrition.