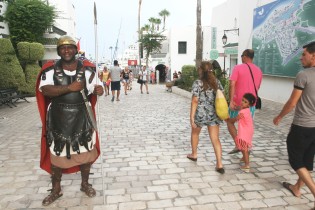 By Louise Sherwood
The revolution that ousted dictator Ben Ali in January 2011 brought new, hard-won freedom to the Tunisian people. However as the country discovers whether secularism and growing political Islam can co-exist, some women are enjoying greater liberty to practise their religion while others are concerned that their rights may be eroded.

By Louise Sherwood
Every Wednesday at 11.00am José Alfredo Cossa unfurls his East German flag and leads a march of around 150 men and women down the main streets of Maputo, Mozambique’s capital. In a struggle for justice that has been going on for more than 20 years this group, known as the “Magermans”, represent the 16,000 to 20,000 Mozambicans who were sent to the former East Germany in the early 1980s to work and serve their country.
ADVERTISEMENT ADVERTISEMENT