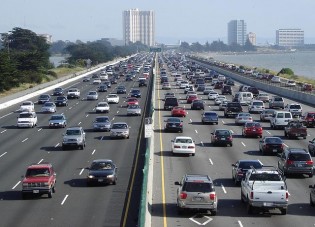 By Malgorzata Stawecka
The concept of degrowth is not a very comfortable one in overdeveloped countries such as the United States.

By Malgorzata Stawecka
Upheaval over a new system of press regulation, which envisages stronger government intervention in the media, is posing a growing threat to Britain's age-old press freedom and to that same freedom worldwide.

By Malgorzata Stawecka
For millions of people in developing countries, having cataracts means permanently impaired vision or even blindness. While treatment can fix the problem, the cost is well beyond most sufferers' reach.

By Malgorzata Stawecka
Against the backdrop of a spreading global economic crisis, exacerbated by changing climate patterns, the global aim of guaranteeing food security for all by 2015 appears to be far from being achieved.

By Malgorzata Stawecka
Wang Jiazheng's family was sleeping at home when the bulldozers, along with security officers, entered their village at dawn.

By Malgorzata Stawecka
“Being in isolation to me felt like I was on an island all alone, dying a slow death from the inside out,” said “Kyle B.” from California, who was placed in solitary confinement before he turned 18.

By Malgorzata Stawecka
The burgeoning youth population in Pakistan plays a vital role in addressing the country's major challenges and in shaping its future, both for young people today and for generations to come.

By Malgorzata Stawecka
With the global population on track to reach a staggering nine billion people by 2050, according to U.N. figures, a stronger action plan is needed to address the challenges of ending poverty, ensuring a well-functioning health system and access to education, as well as guaranteeing social inclusion for all.