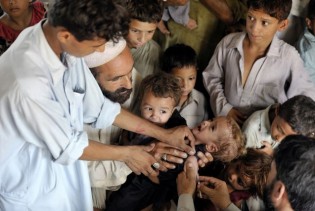 By Lindsey Walker
Pakistan, where some 126,000 children under five years old die from pneumonia every year, launched a new pneumococcal vaccine Tuesday, making it the first South Asian country to do so.

By Lindsey Walker
The root cause of hunger and malnutrition for millions of people worldwide lies in the severely skewed and unfairly structured hierarchy of policymakers, not in natural disasters or food shortages, according to the Right to Food and Nutrition Watch 2012 (RTFN Watch) released Tuesday.