NEW YORK, Sep 19 2012 (IPS) - The Global Civil Society Network CIVICUS: World Alliance for Citizen Participation has a new secretary general – Dhananjayan (Danny) Sriskandarajah, who was appointed Monday by the board of directors following the CIVICUS World Assembly in Montreal. 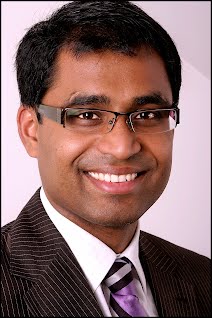 CIVICUS is a global alliance of organisations and individuals that strives to strengthen citizen action and civil society, particularly in regions of the world where freedom of association is limited or threatened.

Danny Sriskandarajah, previously the director general of the Royal Commonwealth Society, is the youngest ever leader of CIVICUS. He replaces Ingrid Srinath as the outgoing secretary general.

Sriskandarajah spoke with IPS correspondent, Lindsey Walker, about his hopes and intentions for his upcoming term as SG.

Q: What do you offer CIVICUS as its new secretary general?

A: I hope I can bring a real sense of commitment to supporting and nurturing citizen action or civil society throughout the world. That is a fundamental purpose of an organisation like CIVICUS.

Q: Amid a long-term financial crisis and government crackdowns on NGOs and countries across the world, how do you see the influence of civil society evolving in the next years?

A: I think we’re at a low point in public confidence in traditional economic and political institutions. With the Arab Spring, with the “Occupy” movement, with a new sense of the need for accountability in global development issues, I can’t think of a more important time for citizen action. Governments and the multilateral system seem to have failed the public and people of the world and I think civil society will be at the heart of that project.

I get the sense that there will also be a realisation amongst some of those countries that see civil society as a threat that, actually, healthy and vibrant civil society is good for the long-term future of their country. There are regimes around the world which have done all sorts of things to curb the freedom of association and the freedom of expression. But I think we’re seeing some countries realise that’s a short-term strategy that will inevitably backfire. What a demonstration of the power of citizen voice than what happened in the Middle East and North Africa over the last 18 months.

So, if I look ahead, I think the role of citizen action and civil society more generally is going to be at the heart of political and economic development over the next few years.

Q: With governments’ failure to tackle global issues such as climate change, do you believe civil society can step in and have a game changing impact?

A: Absolutely. Look, I can’t see how the current system is going to deliver tangible outcomes on climate change, on global economic equality, on accountability in our financial institutions – no, the list is endless. And something has got to give. To me, what we’re feeling in some of these social movements, including online social mobilisation, is a growth of a new era of citizen action. And I think that it’s never been easier to mobilise across the world. And yet, member states and nation states act as if they have some clear control of these defined boundaries around these nation states.

What I think we’re starting to see is the global citizen action can be truly global and incredibly effective at large-scale change in economic and political institutions.

Q: Is there anything specifically that you are going to focus most of your efforts on, or is there a certain issue that you find most important in this upcoming year?

A: In the last few years we’ve seen this growth of online campaigning and amazing things that various organisations have been able to achieve. My focus is going to be about trying to deepen that mobilisation so that, beyond the click of an internet campaign or a petition, there are civil society institutions that can see through those campaigns.

We have global mobilisation on any particular issue, but we also have these robust and strong civil society organisations within countries across regions that are there doing this sort of every day work of promoting democracy and development long after the viral video has faded away.

My focus is going to be that support of civil society champions who are running the everyday fight or the everyday struggle to promote democracy and development.