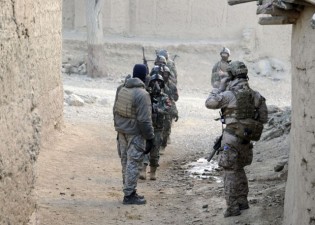 By Gareth Porter and Shah Noori
Two weeks after Afghan President Hamid Karzai demanded the withdrawal of all U.S. Special Operations Forces (SOF) from Wardak province by this date, the issue remains suspended in negotiations between U.S. and Afghan governments.

By Gareth Porter and Shah Noori
Nearly a year after the Barack Obama administration began negotiations with the government of Afghan President Hamid Karzai on a U.S. military presence in Afghanistan beyond 2014, both sides confirmed last week that the talks are still hung up over the Afghan demand that night raids by U.S. Special Operations Forces (SOF) either be ended or put under Afghan control.
ADVERTISEMENT ADVERTISEMENT