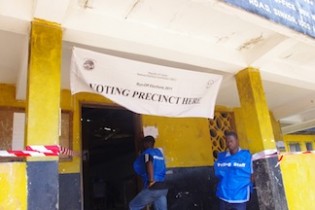 By Stephen Binda
Liberian President Ellen Johnson Sirleaf’s victory for a second term of office has been described as a boon for women despite the controversy surrounding an opposition boycott of the runoff.

By Stephen Binda and Robbie Corey-Boulet
Liberians cast their ballots Tuesday in an election that has so far been described as orderly and peaceful, though concerns persist that a disputed result could anger voters and fuel minor unrest.
ADVERTISEMENT ADVERTISEMENT