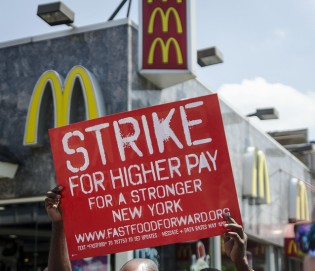 By Carey L. Biron
An alliance of 17 major U.S. brands and retailers, including Walmart and the Gap, has unveiled a five-year agreement aimed at strengthening conditions and worker rights at garment factories in Bangladesh.
ADVERTISEMENT ADVERTISEMENT