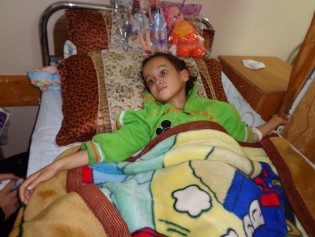 By Adam Morrow and Khaled Moussa al-Omrani
The reaction of post-revolution Egypt to Israel's weeklong onslaught on the next-door Gaza Strip – brought to a halt temporarily at least by a Wednesday night ceasefire – has contrasted sharply with the former regime's callous approach to the besieged coastal enclave.

By Mel Frykberg
The ceasefire has brought extremities in Gaza. In the morning the coastal territory woke up bashed and bloody from one of Israel’s most intensive nights of bombardment since a week’s tit for tat violence broke out between Hamas and Israel. By late morning the coastal strip was ghostly quiet, gripped with fear as people stayed indoors awaiting the inevitable retaliation from Israel for a bus bombing carried out in Tel Aviv by Palestinian extremists. But as night fell thousands of Gazans took to the streets in joyful celebration in what they see as victory over Israel.

By Jillian Kestler-D'Amours
As people anxiously wait to see if the newly-signed ceasefire agreement between Israel and Hamas will hold, local and international human rights groups are calling for investigations into Israeli human rights abuses committed during its eight-day assault on the Gaza Strip, including flagrant attacks on journalists.
ADVERTISEMENT ADVERTISEMENT