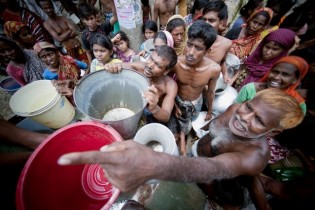 By Thalif Deen
Virtually every major international conference concludes with a “programme of action” (PoA) – described in U.N. jargon as “an outcome document” – preceded by a political declaration where 193 member states religiously pledge to honour their commitments.

By Thalif Deen
A U.N. working group mandated to formulate a set of Sustainable Development Goals (SDGs) for the post-2015 development agenda is being accused of bypassing water and sanitation as a basic human right: a right long affirmed in a General Assembly resolution adopted back in July 2010.
ADVERTISEMENT ADVERTISEMENT