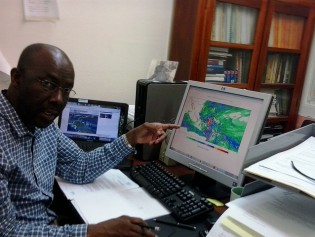 By Jewel Fraser
In the southwest peninsula of Cedros, one of Trinidad’s driest areas, Jenson Alexander grows the cocoa used for many years by the British chocolate giant Cadbury.

By Jewel Fraser
Ramdeo Boondoo, a root crop farmer in Caroni, Trinidad, understands better than most the challenge of developing crops that are both climate resilient and marketable.

By Jewel Fraser
Even as weather extremes bedevil Caribbean farmers, Ramgopaul Roop has turned his three-acre fruit farm into a showcase for how to beat climate change.
ADVERTISEMENT ADVERTISEMENT