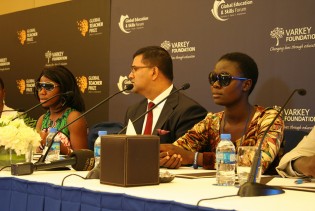 By Tharanga Yakupitiyage
With over 1.5 million displaced, 800,000 of whom are children, and continuously escalating violence in northeastern Nigeria, United Nations Secretary-General Ban Ki-moon described the humanitarian situation as “particularly worrying” during a visit to the country.
ADVERTISEMENT ADVERTISEMENT