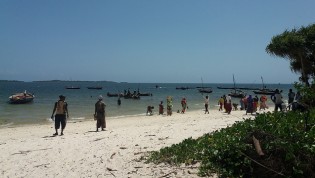 By Diana Wanyonyi
It's Saturday morning and Hafsa Juma* is seated on a traditional mat known locally as a mkeka under the scorching sun outside her homestead, located near Gasi Beach on the Kenyan coast.

By Cam McGrath
Each summer, wealthy male tourists from Gulf Arab states flock to Egypt to escape the oppressive heat of the Arabian Peninsula, taking residence at upscale hotels and rented flats in Cairo and Alexandria. Many come with their families and housekeeping staff, spending their days by the pool, shopping, and frequenting cafes and nightclubs. Others come for a more sinister purpose.
ADVERTISEMENT ADVERTISEMENT