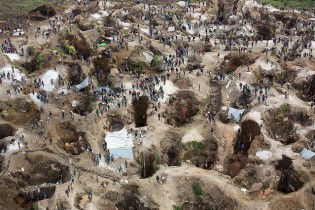 By Carey L. Biron
After a 16-month delay, a U.S. government regulator charged with investment oversight has voted on rules that will now govern U.S.-listed companies operating in the extractive industry as well as those that use minerals whose sale may fuel violence in other countries, particularly in central Africa.

By Carey L. Biron
A U.S. government agency is being questioned on why it is dragging its feet on 2010 legislation that would increase transparency in extractive industries around the world, one aim of which would be to cut down on the global trade in "conflict minerals".
ADVERTISEMENT ADVERTISEMENT