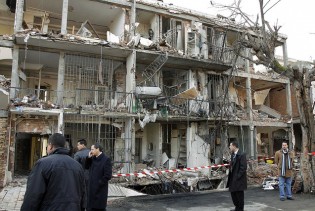 By Thalif Deen
After nearly 13 years of protracted negotiations, the United Nations remains deadlocked on a proposal to establish a Comprehensive Convention on International Terrorism (CCIT) - even as suicide bombings continue unabated in countries such as Iraq, Syria, Egypt, Afghanistan, and most recently, Russia.

By Ramy Srour
In the aftermath of the worst terror attack in East Africa in three years, foreign policy scholars here are urging the U.S. government to rethink its counter-terror policy in the region.
ADVERTISEMENT ADVERTISEMENT