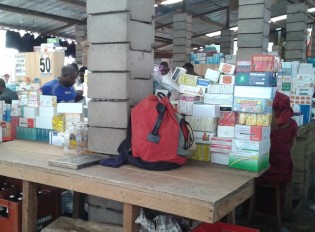 By Zofeen Ebrahim
When 26-year-old Muhammad Qasim, a rickshaw driver from Lahore’s low-income Shahadra settlement, died last month, his family was shocked to learn that the cause of death was an overdose – of cough syrup.
ADVERTISEMENT ADVERTISEMENT