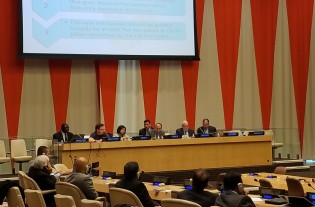 By Carey L. Biron
Aggressive creditors and investors are seriously undermining the ability of poor countries to deal sustainably with debt issues, academics and anti-poverty campaigners told a briefing at the U.S. Capitol on Wednesday.

By Marcela Valente
As a sign of Argentina’s willingness to repay its bondholders, President Cristina Fernández introduced a bill for a new swap of the foreign debt held by “holdout” creditors who refused earlier restructurings after the country’s late 2001 default.
ADVERTISEMENT ADVERTISEMENT