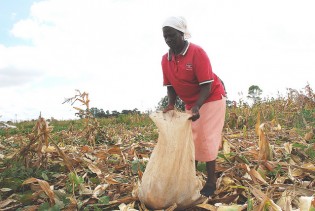 Qatar may be one of the richest countries in the world, but it has something in common with its African counterparts – food insecurity.

By Wambi Michael
African negotiators attending the United Nations climate change talks in Doha, Qatar say they are determined to ensure that developed countries do not let the Kyoto Protocol die as its commitment period comes to an end.

By Stephen Leahy
The upcoming United Nations climate talks may have a renewed sense of urgency with a new World Bank report warning that the planet is on a dangerous path to four degrees Celsius of global warming by 2100.
ADVERTISEMENT ADVERTISEMENT