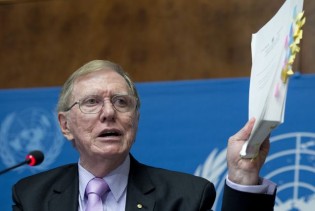 By Thalif Deen and Jim Lobe
North Korea, which has survived three rounds of diplomatic and economic sanctions since its first nuclear test in 2006, reacted with predictable fury, threatening to nuke the United States, in retaliation for a Security Council resolution imposing new sanctions against Pyongyang.

By Thalif Deen
North Korea, which conducted its third nuclear test Monday, is following closely in the heavy footsteps of Israel as one of the world's most intransigent nations, ignoring Security Council resolutions and defying the international community.
ADVERTISEMENT ADVERTISEMENT