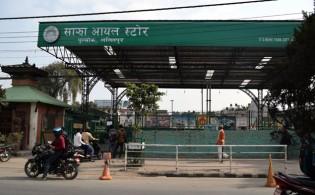 By Cam McGrath
The bio-gas digester on the roof of Hussein Farag's apartment in one of Cairo's poorest districts provides a daily supply of cooking gas produced from the kitchen waste his family would otherwise discard in plastic bags or empty into the clogged sewer below his building.
ADVERTISEMENT ADVERTISEMENT