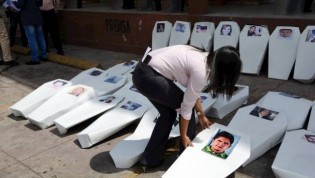 By Lucy Westcott
The violent drug war in Mexico's borderlands has changed the face of the country, injecting fear into both average citizens and the journalists trying to tell their stories.
ADVERTISEMENT ADVERTISEMENT