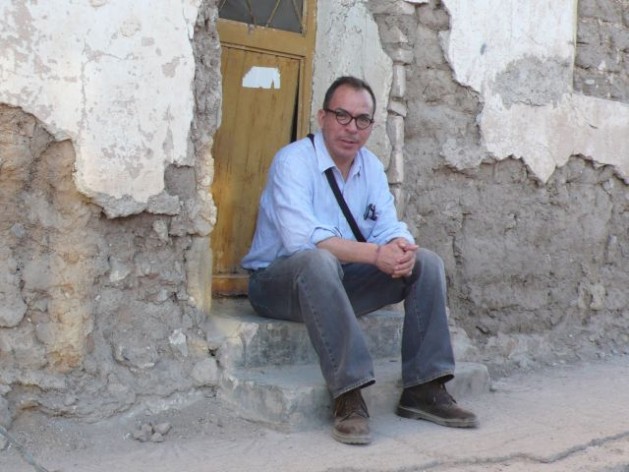 NEW YORK, Jul 16 2013 (IPS) - The violent drug war in Mexico’s borderlands has changed the face of the country, injecting fear into both average citizens and the journalists trying to tell their stories.

Alfredo Corchado, Mexico bureau chief for the Dallas Morning News, reported from the sidelines, and received death threats while bearing witness to the upheaval in his country. He chronicles these stories in his new book, “Midnight in Mexico”, which will be published in Spanish this fall.

For journalists in Mexico, the situation is dire. Often cited as one of the worst places in the world for the press, a 2011 joint U.N. and Organisation of American States report ranked Mexico as the fifth most dangerous country in the world for reporters.

There are currently 12 journalists missing in Mexico, more than anywhere else in the world; Russia ranks second, with eight missing, according to data from the Committee to Protect Journalists. Offices of newspapers have been attacked with a car bomb, arson and gunfire.

IPS correspondent Lucy Westcott spoke to Corchado, who was born in Mexico but grew up in El Paso, Texas, about belonging to two cultures and the situation on the ground for journalists south of the border. Excerpts from the interview follow.

Q: What has the reaction been to your book, particularly from those who belong to two cultures? How do they feel about you bringing border issues to light?

A: I usually find people who want to connect with Mexico, or those who want to reconnect. There are many Americans who used to travel there, but have grown afraid and now stay away. They want to hear that Mexico is getting better, that there is hope and life there will return to “normal”, whatever that means.

People are also seeking to reconnect to the land of their parents and ancestors, and questioning whether it’s okay to embrace Mexico and its culture and language.

While some are genuinely curious about what went wrong with Mexico, others are annoyed that I picked a title like “Midnight in Mexico” for my book. All I ever wanted to do was speak to the possibility of the country. The reaction, though, has been overwhelmingly positive.

Q: What was your experience like covering the border? Did the death threats you received make you think twice about what you were reporting on?

A: As I grew up in El Paso, covering the border was always like sidestepping in two worlds; it was the best laboratory for someone who dreamt of becoming a foreign correspondent. But it became a nightmare and a place of anguish and pain.

Sometimes as a journalist, you work in these places and don’t quite understand what the rules of engagement are, which makes it much more dangerous for those trying to tell stories and investigate murders. There are several times I have thought about not setting foot on the border again.

But I can’t turn my back because to honour my profession, we have to find ways to tell those stories. They need to be told, or more than a generation will be wiped totally from our memory.

Q: What is the state of journalism like in Mexico due to the drug war?

A: You have two Mexicos: one is more prosperous, with a more vigorous press trying to hold government accountable, seeking answers and doing hard-hitting stories.

Then you have regions where the press has generally been silenced and forced to censor what they write, and where reporters live in fear for their families and for themselves. In these regions, there is no such thing as investigative journalism; democracy is just a term because readers aren’t informed to make the right decisions.

Being a reporter in these regions is being in a state of constant fear. Imagine working in a newsroom surrounded by suspicion and mistrust of your own colleagues. That happens in many parts of Mexico today.

Q: What steps can Mexico take to regain its footing? Can anything be done to solve the drug problem?

A: I think in some ways Mexico had to go through this painful awakening. Did 100,000 people have to die, or disappear? Of course not, but I think the violence has brought some Mexicans closer together.

There’s also a real effort to strengthen judicial institutions and to try and make rule of law work in real life. Yes, the U.S. can try to do a lot more to curtail drug demand, the flow of guns heading south and corruption seeping into U.S. agencies. But powerful organised criminals will continually find a way to challenge government, societies and undermine the potential of any country, particularly Mexico.

Q: As a journalist and someone who is used to reporting, what was the experience like of writing a book?

A: It was the most painful, difficult process I have ever experienced, to go from a reporter, comfortable on the sidelines, watching and recording events, to suddenly searching within myself.

I was a reporter by day and a writer in-between. It took a lot of music, deep reflections and opening up my soul, often with the help of some tequila, to get in touch with myself. In the end I poured every bit of me into those pages. I now have to get used to both sides, living simultaneously.