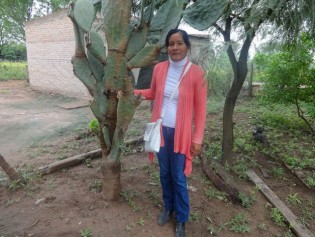 By Fabiana Frayssinet
Family farmers in the northern Argentine province of Chaco are gaining a new appreciation of the common prickly pear cactus, which is now driving a new kind of local development.

By Desmond Brown
As concern mounts over food security, two community groups are on a drive to mobilise average people across Antigua and Barbuda to mitigate and adapt in the wake of global climate change, which is affecting local weather patterns and by extension, agricultural production.
ADVERTISEMENT ADVERTISEMENT